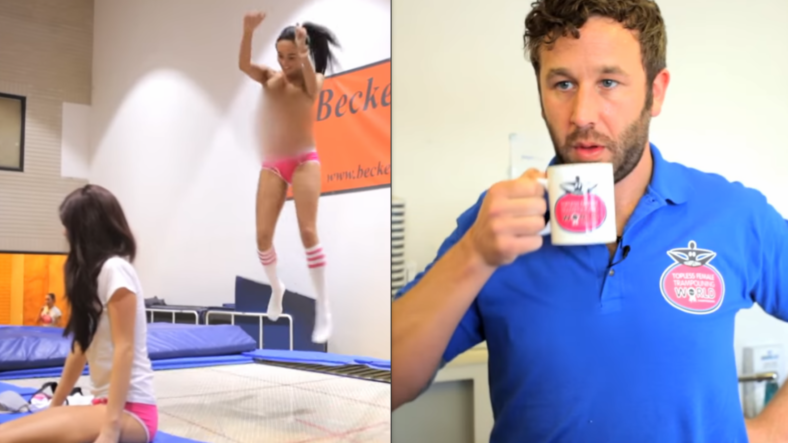 In one of the best male breast cancer awareness ads of all time, maybe even the best, Chris O’Dowd portrays Lars Larson, the health and safety officer at the “topless female trampolining world championships.”

The clip fictitiously claims that over a million people cast votes for Lars so he could secure the title of the “Man With the Best Job in the World.

O’Dowd’s Borat-esque character hilariously explain what his duties entail, which include checking the equipment to ensure “everything is in working order for the bouncies” and providing clean towels so “the girls can dry their bum-bums and fanny-fans.”

The clip takes off on a tangent towards the end of the loopy video, as Lars suddenly informs viewers that “Mens can get the breast cancer too,” and early detection can save lives.

The affable character suggests that men go to toplessfemaletrampoliningworldchampionships.com (obviously) to learn more.

Though this immortal clip is short, this is definitely some of the Bridesmaids actor’s best work.