Watch the Hilarious Trailer For ‘A Futile and Stupid Gesture,’ The Story Behind ‘Animal House’ and ‘Caddyshack’

Netflix takes on the founding of ‘National Lampoon.’ 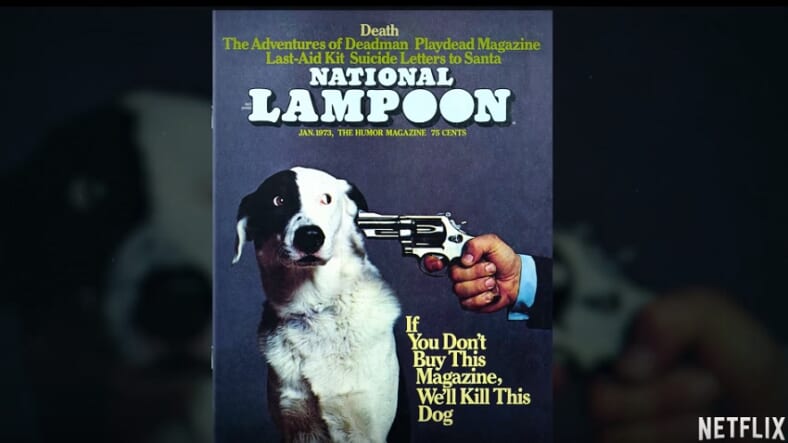 Caddyshack and Animal House are enduring comedy classics today. Few, however, know about the crazy backstory behind National Lampoon, the humor magazine that produced them.

Lampoon barely exists today, but it was a major force behind gonzo comedy in the 1970s and 80s, and that was in part due to the sensibilities of co-founder Doug Kenney. A Futile and Stupid Gesture is Netflix’s story behind the creation of the magazine and the production of both movies.

If you love these movies—and both have legit cult followings—this will be required viewing. The most fun might be in watching actors play comedy legends like Bill Murray, Chevy Chase, and the late, great John Belushi.

Will Forte and Martin Mull play Kenney, which places this in the fictionalized category—because Kenney has been dead for almost 40 years. And as Mull points out, he and Forte don’t even resemble each other.

And goofiness like that seems perfect for A Futile and Stupid Gesture, which premieres January 26, 2018.