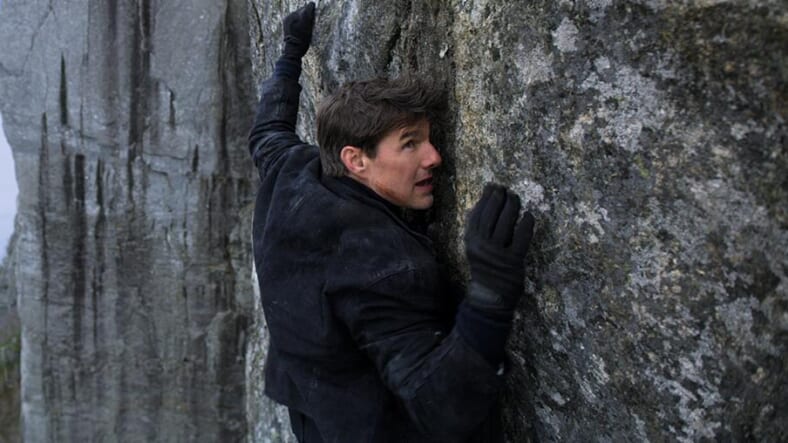 How the hell is Tom Cruise still doing this stuff in his 50s? Let’s admit it’s borderline inhuman. In Mission Impossible: Fallout, his Ethan Hunt is facing nuclear explosions, leaping from windows, and a much younger and larger foe in an assassin played by Superman actor Henry Cavill.

But hey, it’s none of our business how Cruise stays so young, because this tease promises one hell of a ride once Fallout is in theaters.

Here’s the story breakdown per Paramount:

The best intentions often come back to haunt you. “MISSION: IMPOSSIBLE – FALLOUT” finds Ethan Hunt and his IMF team (played by Alec Baldwin, Simon Pegg, and Ving Rhames) along with some familiar allies in a race against time after a mission gone wrong. Henry Cavill, Angela Bassett, and Vanessa Kirby also join the dynamic cast with filmmaker Christopher McQuarrie returning to the helm.

Yeah, so that doesn’t necessarily tell us a lot.

We can infer from the title and trailer that there’s at least one nuclear explosion, the death of at least one major character, and as per usual, Tom Cruise sprinting.

Make like Tom Cruise and run like hell to make it to the theater when Mission Impossible: Fallout hits theaters on July 27.