“I can’t stand it I know you planned it…” 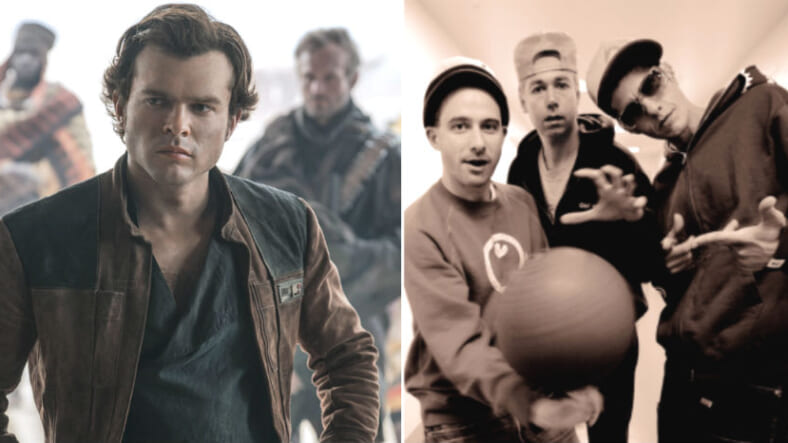 As the new J.J. Abrams Star Trek movies have proven more than once, something about the Beastie Boys‘ 1994 hit “Sabotage” goes really well with starships blasting through space.

While the song’s use by that franchise seems like it would pretty much preclude any use in a Star Wars movie like Solo, a fan gave it a shot with the first trailer. And due to some sharp editing, the end result is awesome.

The relationship between using “Sabotage” in Star Trek and this video is actually intentional. The Star Wars podcast that posted the video says in the caption they made the edit “Because the first trailer felt an awful lot like ‘Solo: A James Tiberius Kirk Story.'”

If you watch the introduction of the Kirk character as a kid below, you get it.

Trek producers loved this so much they brought it back for the climax of Star Trek Beyond.

If you’re into these movies and the Beasties, it’s like peanut butter and chocolate—two great things that go great with each other.

Step aside, composer John Williams. Every sci-fi movie from here on out should have nothing but the Beastie Boys on the soundtrack.