The New Mercedes-Benz AMG GT R Will Star in ‘Transformers: The Last Knight’

This ridiculously badass Benz will join Bumblebee and friends as “Drift”. 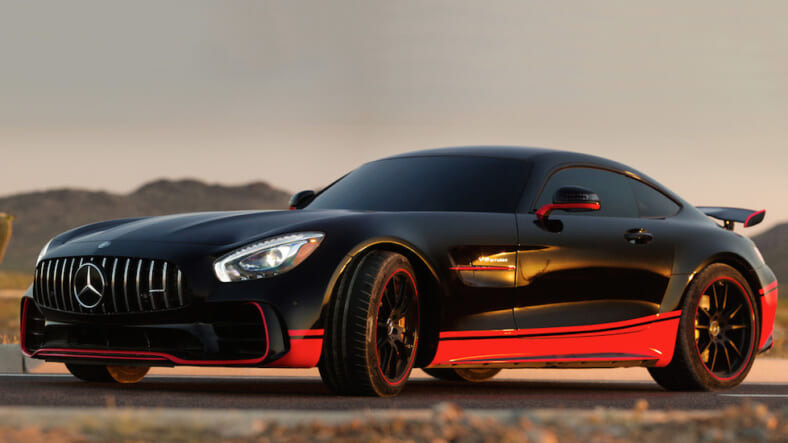 The fire-breathing new 198 mph Mercedes-AMG GT R that we told you about last month is already attracting interest in Hollywood. Specifically it’s been cast as “Drift” in the 5th installment in Michael Bay’s Transformers series, The Last Knight, due out next year.

The barely road-legal AMG GT R takes over the, um, role from a Bugatti Veyron, and will rev up beside the new Bumblebee Camaro and evil Barricade Mustang (below) previously revealed by Bay.

With 577 hp from a 4.0-liter twin-turbo V8, active aerodynamics, and four-wheel-steering, the Benz is sure to give the other Autobots a run for their money.

And help make even more of the same at the box office….