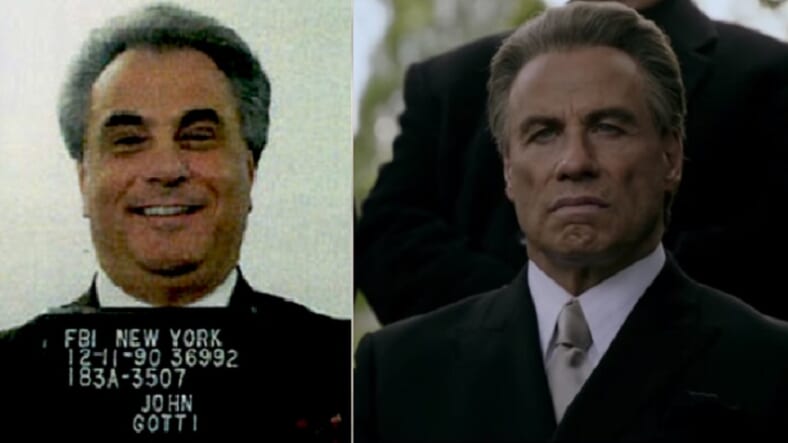 John Travolta wants to set the record straight. His upcoming biopic Gotti—about “Dapper Don” John Gotti, naturally—was not pulled from release less than two weeks prior to its premiere for any unsavory reasons.

As an exclusive report from Deadline indicates, the delay in releasing Gotti is practical:

Underwhelmed with the tiny release that Lionsgate planned for the film through its multi-platform arm Lionsgate Premiere, which is devoted primarily to genre fare that finds its audience through ancillary lanes. Looking to protect what he believes is a worthy theatrical film, and his own performance, Travolta sought out a financier to change that fate. He found one in Edward Walson. The producer of five Broadway plays and eight films that include the Woody Allen-directed Café Society and upcoming Wonder Wheel, Walson and cohorts found the money to buy Lionsgate out of the equation. A new distribution deal is close with another theatrical distributor that will make Gotti a wide release, they said.

Travolta told Deadline that “the reports were speculation bordering on fake news.” He just wasn’t pleased with the limited distribution from Lionsgate, fully believing he gave one of his best performances.

“Ed [Walson] is a fan of mine,” Travolta reportedly said, “and of the Gotti story, and really wanted to see the movie. I invited his group, they saw it and bought it. That is the simple explanation for this. It wasn’t dropped.”

Walson and Travolta are close to a new distribution deal and want the film to show at the prestigious Cannes Film Festival.

Travolta also addressed why he wanted to play the one-time head of the Gambino crime family. “My style as an actor,” he told Deadline, “is to research and observe the behavior of a character and my goal was to accurately portray him to where you thought you were watching John Gotti …

“What I needed to know was why the public loved John Gotti so much. I was aware of it, because his fame paralleled when I became famous, but why was he so adored?”

We’ll just have to wait a little longer to see if he’s just as convincing on the big screen.