“It’s where I asked my wife to marry me. We went there for a picnic and made love under that oak.” 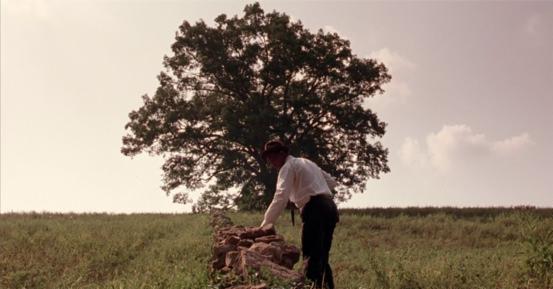 The famous oak tree that served as a symbol of freedom and liberation in what was arguably the best film of the ’90s, The Shawshank Redemption, has been completely cut down.

The tree, which according to the film was located in a hay field in Buxton, Maine, played a significant role in the movie’s final sequence.

Red (Morgan Freeman) finds himself struggling to adjust to life as a paroled prisoner after being institutionalized at Shawshank for 40 years. Nevertheless, he keeps his promise to his best friend Andy Dufresne (Tim Robbins) and heads in search of the oak tree Andy and his slain wife had once gotten busy under.

Red finds the tree and unearths a tin box containing cash and a note from Andy asking him to join him in the the tropical paradise of Zihuatanejo, where the two are united in the iconic final scene.

In real life, the tree was located on a private property in north-central Ohio belonging to Dan Dees, who told the Mansfield News Journal—in the most depressing part of this sad story—that he plans to use the wood to make a table or a bench.

After being damaged by strong winds in 2011 and nearly knocked down by a nasty storm last July, the tree was finally cut up and hauled away on Saturday.