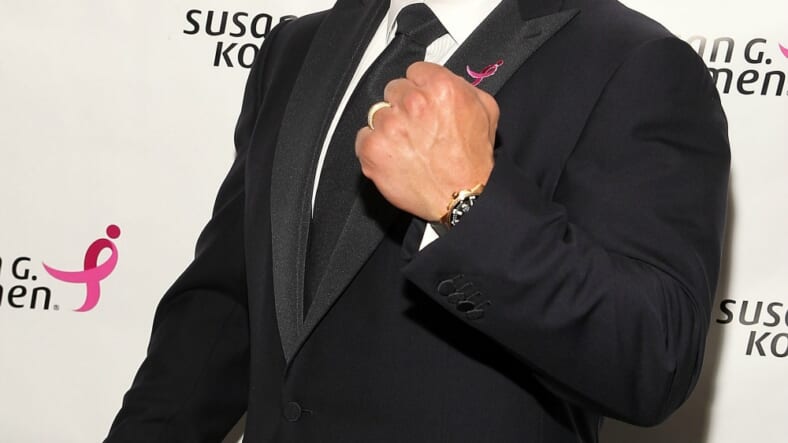 At Sunday night’s Royal Rumble, 46-year-old Triple H, more of an executive than a wrestler these days, donned his tiny trunks once again and took the WWE World Heavyweight Championship from Roman Reigns.

Little surprise. There’s no more powerful force in the WWE than Triple H’s ego, so anyone who’s shocked that he essentially gave the championship to himself isn’t paying attention.

But hey, at least he did it in style. After tossing Reigns over the top rope, Triple H gave us all a gift: A deranged DX crotch chop that reminds his employees (as in, other wrestlers) and their fans what he thinks of them.