From race-swapping to downright painful performances, here are the worst of the worst. 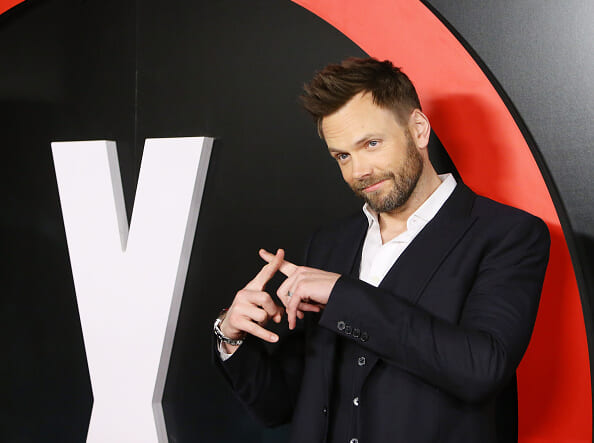 The right casting can mean the difference between a good show and a great show (see Mad Dogs for an example of this), but on the other hand, one bad apple can ruin an otherwise excellent show. Sometimes a certain actor simply doesn’t perform well, and sometimes a talented actor can be forced into a role or a series that just doesn’t play to their strengths. Inspired by some recent, deeply uninspired casting calls, we’ve rounded up the biggest TV casting fails.  In no particular order:

Joel McHale was brilliant as the host of The Soup. But a dramatic actor, he is not. Even McHale himself seems to think his portrayal of pundit/conspiracy theorist Tad O’Malley is kind of a joke. The winking self-consciousness below the surface of his wooden delivery completely takes us out of the story. But it’s possible his character will be out of there soon, too.

Joseph Fiennes is a white British man. Michael Jackson was a black American man, who once told Oprah that the idea of a white actor portraying him was “stupid,” “ridiculous,” and “horrifying.” Agreed.

The lovely Elizabeth Reaser’s warm, maternal presence has elevated almost any film she’s appeared in — from Twilight to Young Adult to The Family Stone. But she just did not fit into the role of Diana, the overly intense diner waitress with an odd mix of standoffishness and neediness, who commanded all of Don Draper’s attention for a few episodes in Mad Men’s last season. Maybe we just can’t believe that Elizabeth Reaser would ever abandon a child.

Sharon Stone has said that her time guest-starring as Assistant District Attorney Jo Marlowe was “humiliating,” and, boy, her lack of enthusiasm really showed. Apparently Stone thought she was better than the show and her co-stars, but her arrogance resulted in making her episodes some of the worst SVU has ever aired. No one is too good for Chris Meloni and Mariska Hargitay, y’hear?

It’s not that we don’t like Claire Danes in general, it’s just that we can’t tolerate her in the role of Carrie Mathison. Maybe it’s just that Carrie is kind of a shitty one-dimensional character (FYI Showtime, giving someone a mental illness doesn’t automatically make them interesting or likeable), but Danes’ overacting and too-frequent crumbly cry face bring an unintended comical effect to a show that otherwise takes itself very seriously.

6. Drew Carey, The Price Is Right

They should have just cancelled the show when Bob Barker retired. It’s just not The Price is Right Without Bob Barker. Drew Carey just seems embarrassed to be there, and frankly we would be too. He’s probably getting paid a ton, though, so we don’t feel too bad for him.

There’s no question that Chris Messina is a fantastic actor, but perhaps he’s better suited to film than television. His portrayal of Dr. Danny just feels a bit out of step with his co-star Mindy Kaling and the rest of the crew.

Whiny pie-fucker Jason Biggs was so wrong for this series that showrunner Jenji Kohan essentially wrote his character out of the story so we wouldn’t have to see him anymore. She told Glamour “it was very organic” that Larry wouldn’t appear in the upcoming season, as Piper’s connection to the outside world is diminished. But we know better.