Fans will spot old and new faces in this freaky teaser. 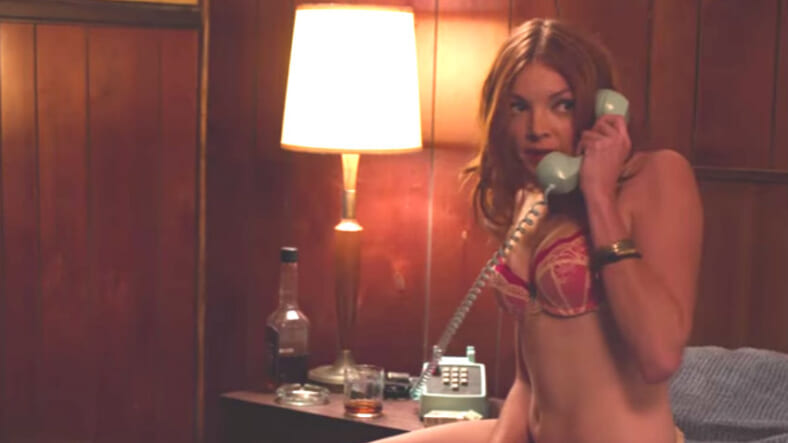 When Twin Peaks returns in just over a week, its Showtime premiere will mark the end of what has to be the longest show hiatus in television history.

The drama that introduced art house director David Lynch’s unforgettable mix of noir, soap opera, Americana and just plain weirdness to TV audiences was the equivalent of a viral phenomenon when it premiered in April, 1990. Before Twitter or any other social media, it was the thing that would have people wasting time around office coffee stands the following day.

With David Lynch directing every episode of the 18-show resumption of the series, it looks like we’re in for a return to form—and this trailer is only more proof of that. It’s a succession of simple, quick cuts, each marked with a chunky shutter-click. We see easily recognizable cast members such as the late Miguel Ferrer, who shot his scenes prior to his death, Lynch himself, and of course Kyle MacLachlan’s unforgettable Boy Scout of an FBI agent, Dale Cooper.

There are new cast members as well, and the tease is cleverly cut to include random but intriguing snippets of dialogue from them that are bound to make a viewer curious as to just what the heck is going on now.

It is, for lack of a better term, a perfectly Twin Peaks-y trailer.

We’ll know for sure if David Lynch has recaptured the magic that made the show so amazing 27 years ago when its two-hour premiere airs on Showtime on May 21.