Will you see ‘Triplets’? 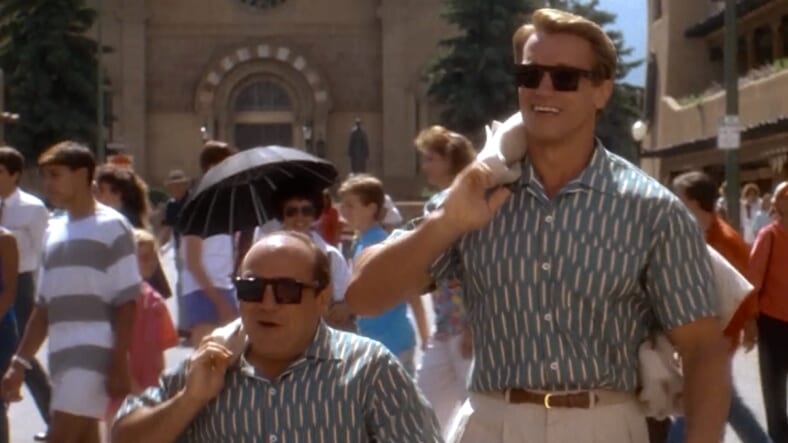 Action star Arnold Schwarzenegger has confirmed a sequel to one of his lighter movies, Twins, will begin filming in 2018.

That’s twenty years after the comedic farce—starring Schwarzenegger and Danny DeVito as very nonidentical twins separated at birth—opened number one at the box office, and led Schwarzenegger to star in other lighter fare like Junior (1994), also with DeVito, and ’90s kid Christmas classic Jingle All the Way (1996).

The sequel will be titled Triplets and, in a bit of a twist, will also star Eddie Murphy as the pair’s long-lost third brother. We don’t have to tell you why that will be hilarious…

“I had a conversation yesterday with my agent and he said that the script will be finished in 14 days,” Schwarzenegger told Business Insider.

“Ivan Reitman is extremely happy with what he’s seen so far, he just wants to make a few tweaks, so that’s music to my ears. I think sometime beginning of next year we can shoot the film.”

Reitman, the man who gave us the original Ghostbusters, will be back onboard as director, making this a true exercise in ’80s nostalgia. The script is being written by Ryan Dixon and actor Josh Gad (Frozen, Beauty and the Beast).

“Everyone is happy to do this movie,” Schwarzenegger added.

Arnold is also slated to return to his best-known franchise in Terminator 6, meaning this could be the start of a full-on Schwarzessaince.