Twitter Is Outraged Over This Ronda Rousey ‘SNL’ Skit

Did Rousey go too far as a teacher who has sex with an underage student? 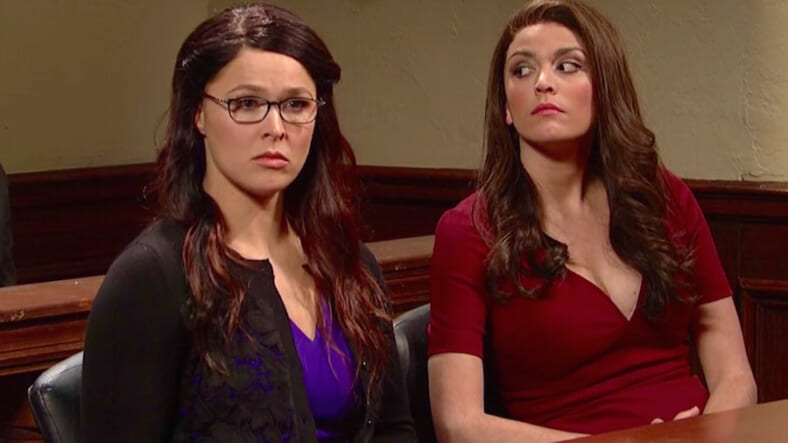 In case you hadn’t realized, we dig Ronda Rousey. There is something almost taboo about falling for a woman who could beat the holy hell out of us.

But some are saying Rousey breached too extreme a taboo in a sketch during her turn hosting Saturday Night Live.

Namely, everyone fails to see what the problem is and instead gives Davidson a collective pat on the back. In short order, things go from court case to full-on celebration.

The skit wasn’t anything too daring, as this scenario has been played out in comedy a million times over.

It’s well known that society has a double standard when an underage male student has sex with a female teacher, and comedy loves to poke fun at this. Nonetheless, the skit sparked quite a bit of anger on Twitter.

Yet another sketch that didn't need to be revisited: The hilarity of female-on-male statutory rape. #ugh #snl

Are they really doing a skit about statutory rape? #snl

So, did Rousey go too far? Or are you hot for teacher?