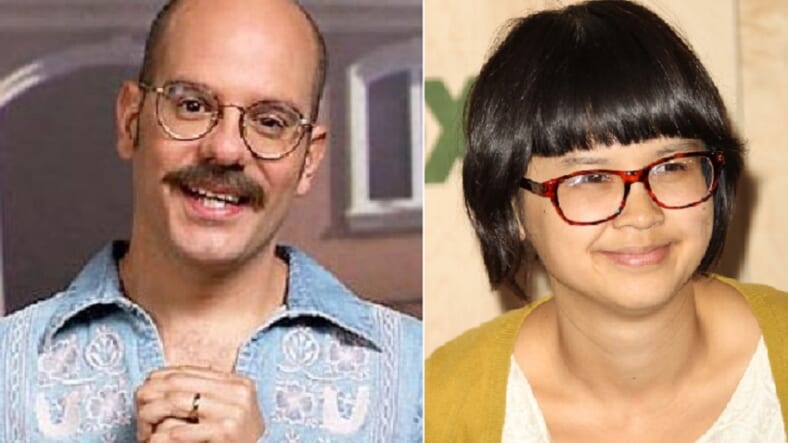 Knocked Up star Charlyne Yi (she played that hilariously spacey stoner) made a surprising and sad accusation against comedian David Cross on Tuesday via Twitter. According to Yi, the Arrested Development star acted like a complete asshole the first time she met him.

Anyone who’s ever known a comedian personally probably has a story about their friend going for a joke or just screwing with people and it working out badly. It’s part of life for many in comedy to push boundaries, to test others as well as the limits of their wit and personal charm.

In this case, though, it sounds like Cross was just being a dick, if the story is true.

After several people tagged David Cross with this story, he responded, and seemed very concerned.

This seems crazy and WAY out of character for me. I'm buying teething gel right now but will get to the bottom of this as soon as I get home

Charlene, i dont remember this at all! It's bonkers to me and WAY, way out of character. DM me so I can understand all of this.

David Cross doesn’t outwardly fit the image of a guy who’d do this sort of thing. He’s a vocal liberal and is married to Amber Tamblyn, an actress who is an outspoken women’s rights advocate.

As for social media reaction, it was heavily sympathetic to Charlyne Yi’s story and her lingering feelings about it.

When racist shit happens to you, you remember. But the person who did the racist shit? Probably forgot all about it. https://t.co/CNhkQZ3uGK

Hey it's me David cross, are you sure I was deeply and actively racist to you? Hm, I don't remember. You probably dreamed it. It happens.

There were some who felt that Yi had stirred up a social media mob against Cross for somewhat trivial reasons.

I guess everyone is now either Harvey Weinstein or Tom Hanks… Trump has murdered perspective.

Yes, we demand you explain these unsubstantiated claims from a nobody trying to get a little attention!

If the incident occurred more or less exactly as Yi remembers, Cross might have plenty of excuses—being drunk, thinking she’d be in on the joke, things like that.

However many seemed to believe he’d popped off, forgotten about it and was now just scrambling to deal with Yi’s outing him as a reflexive racist.

Cross fans, who love him for weird and sometimes genre-bending comedy even more than his turn as Tobias Funke on Arrested Development, are likely to cut him slack, assuming some intentional provocation might have been at work.

However, it seems clear that many more consider it an ugly mark on his progressive reputation.

Cross should be hoping there aren’t a few more stories like Yi’s out there that he’s forgotten over time.