The movie hasn’t even started filming, and there’s already beef. 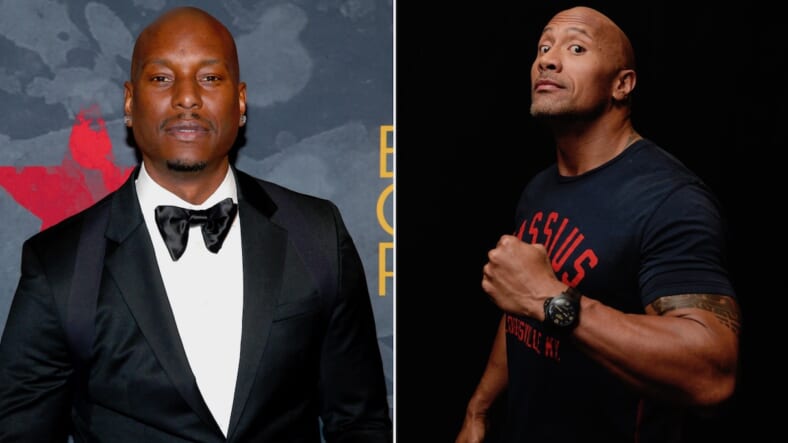 Fast & Furious 9 was originally slated for a 2019 release, but Universal Pictures suddenly—without coughing up a reason—delayed it until April 10, 2020.

Tyrese Gibson says he knows why, and the answer, he claims, lies in the ego of Dwayne “The Rock” Johnson, who spent much of his time on the set of The Fate of the Furious feuding with Vin Diesel.

After posting some studio art of the new (delayed) release date on Instagram, Gibson fired off a sarcastic message to The Rock and his Seven Bucks Productions team, which was behind the failed Baywatch movie.

“Congratulations to @TheRock and your brother in law aka 7 bucks producing partner @hhgarcia41 for making the fast and the furious franchise about YOU,” the message began.

“#FastFamily right? Nah….. it’s about #TeamDewayne,” it continued. “#3yrs will it be worth the wait?”

In the highlight of the caption, Gibson quipped, “Will this be another #BayWatch?” Guys guys just relax I’m just a passionate film critic.”

After his Baywatch remake bombed at the box office, The Rock placed all the blame on critics and the sway of Rotten Tomatoes, which awarded the film a meager 18 percent.

This jab is going to make the set of Fast 9 even more heated than the last. Thankfully, they’ll have another three years to work it out.