Which song from this classic album is your favorite? 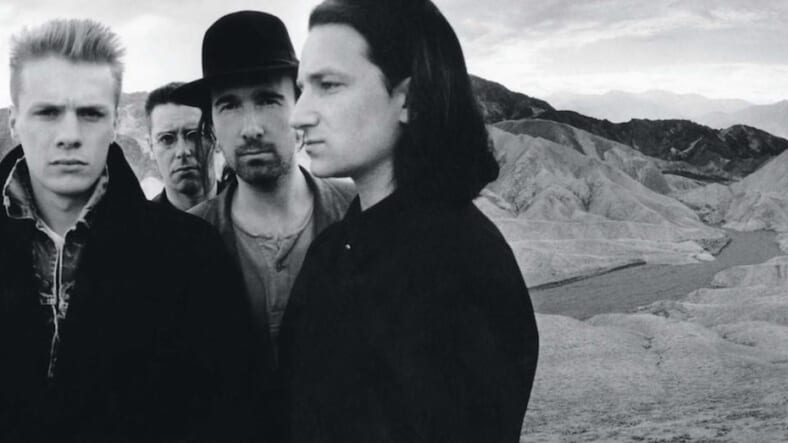 U2 is celebrating the 30th anniversary of their soaring 1987 album The Joshua Tree with a massive summer stadium tour across America.

U2: The Joshua Tree Tour 2017 marks the veteran Irish supergroup’s first time playing the entire album in concert. The band’s fifth and most successful record–which has sold more than 25 million copies–features the hits “Where The Streets Have No Name,” “With or Without You” and “I Still Haven’t Found What I’m Looking For.”

The tour will also feature lesser-known deep cuts from the album like “Exit,” “Trip Through Your Wires” and “In God’s Country,” and, according to Rolling Stone, the first ever live performance of “Red Hill Mining Town.”

U2 guitarist The Edge says they’re still figuring out how to structure the show. “The show might not necessarily start with Track 1, Side 1 ‘Where The Streets Have No Name’ because we feel like maybe we need to build up to that moment,” he says. “So we’re still in the middle of figuring out exactly how the running order will go.”

Check out the new teaser video promoting the 30th anniversary tour above.

Tickets for the U.S. shows go on sale January 17th. Check out  the tour dates below: