You’ve never seen The Sandman quite like this before. 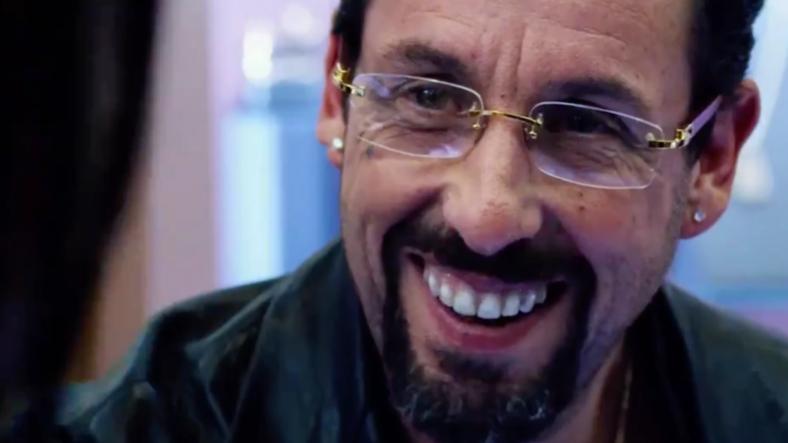 Here’s the funny thing about Adam Sandler, a thing he too often lets people forget: He can act.

Seriously, if all you know of Sandler is his comedy persona, then you’ve probably missed the fact that he occasionally comes out of left field with a relatively serious role that blows some critics away. Regarding his turn as an ambitious jeweler in the  Josh and Benny Safdie-directed upcoming Uncut Gems, there have been serious noises about him possibly even making it into Oscar contention.

Adam Sandler contending for an Academy Award in a dramatic role? What a time to be alive.

It’s not a joke, though. Uncut Gems premiered at Telluride in August 2019, and this quote from the Daily Beast‘s glowing take on the movie says a lot: “It’s Sandler’s most enthralling performance since Paul-Thomas Anderson’s Punch-Drunk Love, and perhaps even better suited to his persona.”

Uncut Gems is a crime thriller about Howard Ratner (Sandler), a charismatic New York City jeweler always on the lookout for the next big score. When he makes a series of high-stakes bets that could lead to the windfall of a lifetime, Howard must perform a precarious high-wire act, balancing business, family, and encroaching adversaries on all sides, in his relentless pursuit of the ultimate win.

His character is addicted to gambling, and there’s a predatory hunger in his grin near the end of the trailer that says, ‘this is not your Waterboy Adam Sandler anymore.’

We’ll find out for sure if Sandler has the dramatic chops to take home the golden statue when Uncut Gems is released on December 13, 2019.