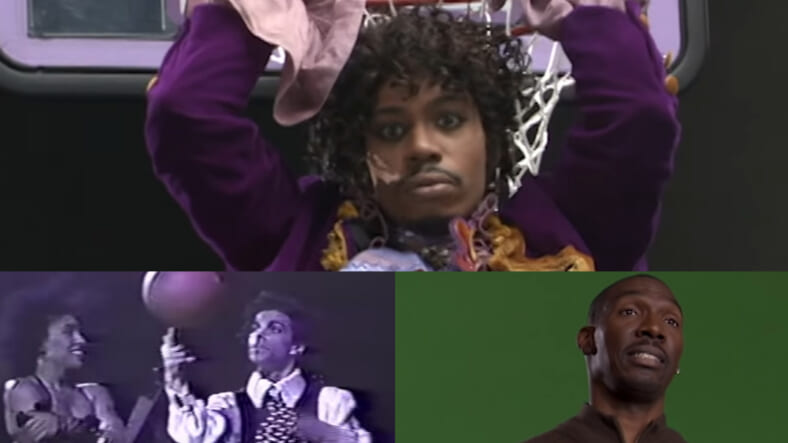 Eddie Murphy has already confirmed that his late brother Charlie’s famous tale of playing basketball with Prince was 100% true. Now, in the form of a video first uploaded to Youtube 8 years ago, there’s a little more proof that the Purple One could take care of business on the court.

Watch the original sketch below.

A quick recap of the story: Around the time Charlie’s brother Eddie began his Hollywood takeover (1985 or so), the Murphy brothers and their entourage encountered Prince and his crew at a nightclub.

Prince approached Eddie and suggested they all go hang out at his place. Once there, the Purple Rain star suggested a pickup basketball game, even supplying the Murphy group with gym clothes to play in — while Prince and the Revolution remained in their ornate stage clothes.

Charlie Murphy recounts joking that the game would be “shirts against blouses” and noticing that Prince was dead serious about the situation.

Then Prince and his team proceeded to beat the Murphys and their crew to an embarrassing degree. Prince proved to be a gifted player and even had special plays he’d call mid-game.

In the concert video, Prince grabs a ball from the shadows and the singer gives a quick demonstration of his easy prowess with the game, first spinning the ball on his fingertip then landing a jumper on the first shot.

It’s doubly impressive when you recall that Prince Rogers Nelson was only 5’3″.

Not that anyone really doubted it, but it turns out that it really was “Game: Blouses” all along.