The Vatican Is Not Impressed By the Lame Villains in ‘Star Wars: The Force Awakens’

The Holy See is trolling you and me. 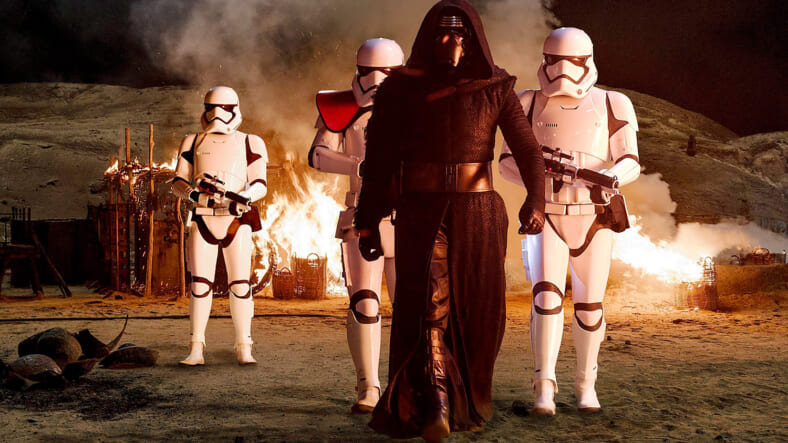 The Vatican was not impressed with Star Wars: Force Awakens. In a review published this weekend,  the anonymous film critic for the Holy See-owned newspaper L’Osservatore Romano slammed Star Wars Chapter VII, complaining that the villains weren’t evil enough.

“The new director’s [that would be J.J. Abrams] set-up fails most spectacularly in its representation of evil, meaning the negative characters,” the critic wrote. “Darth Vader and above all the Emperor Palpatine were two of the most efficient villains in that genre of American cinema.

“The counterpart of Darth Vader, Kylo Ren, wears a mask merely to emulate his predecessor, while the character who needs to substitute the Emperor Palpatine as the incarnation of supreme evil represents the most serious defect of the film,” he continued. “Without revealing anything about the character, all we will say is that it is the clumsiest and tackiest result you can obtain from computer graphics.”

This review shouldn’t surprise close observers of the Vatican press. According to the Guardian, the tone of L’Osservatore Romano’s film criticism has become more progressive over the years: In 2012 it published a favorable review of Spectre, praising the “extremely beautiful Bond girls.”

Honestly, all I want for Christmas is the Vatican’s anonymous film critic to be Pope Francis. He is, after all, the arbiter of good and evil in the world — sort of.