Spider-Man’s Terrifying Nemesis Venom Is Getting His Own Movie, And We’re Already Peeing Our Pants

Hope he has good dental insurance. 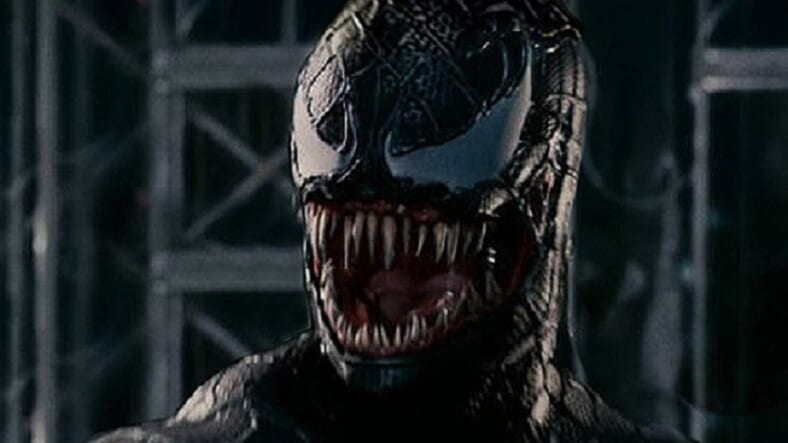 Spider-Man‘s toothiest nemesis, Venom, is getting his own movie. We don’t know if it’s a thriller about his first visit to a new dentist or what, but Variety reports the bad guy’s solo flick is on the way.

The Verge reported a few years ago that there were plans for a movie trilogy featuring Venom and other Marvel super villains, but a weak box office showing for Amazing Spider-Man 2 starring Andrew Garfield torpedoed those plans. This isn’t Venom’s first time on the silver screen, of course—in Spider-Man 3 he was played by Topher Grace.

Venom is an alien “symbiote,” or amorphous extraterrestrial parasite, hence his bizarre and creepy appearance. The announcement that a movie featuring the character was going forward coming around the release of extraterrestrial terror flick Life has led to rumors the two are connected, but it’s pretty much fan fiction—even though that would be a cool and unexpected tie-in.

Not much is known about Venom’s movie, but it will reportedly slither into theaters fangs-first in October, 2018.