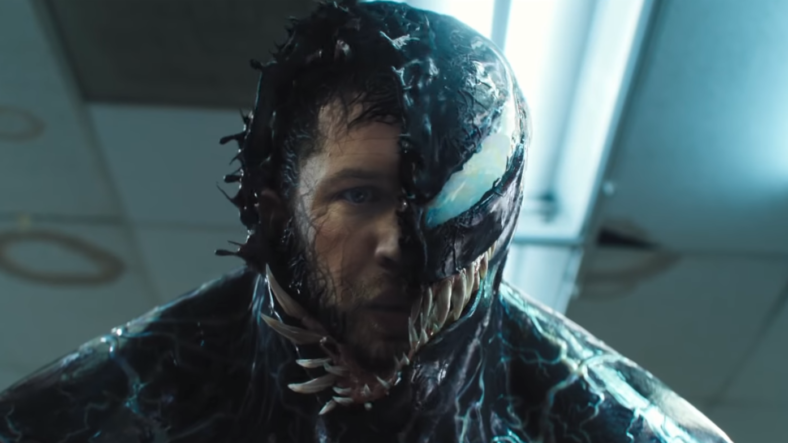 Marvel and Sony are making up for the lack of face time that Tom Hardy’s monstrous antihero received in early Venom teasers.

Action sequences are plentiful as we see Brock’s werewolf-like bad side take over and absolutely wreck anything and anyone in his—or rather, its—path.

“Eyes, lungs, pancreas… so many snacks, so little time,” Venom says at one point while clutching what we assume is a soon-to-be consumed human.

The best exchange comes last, when a would-be robber picks the wrong bodega to steal from.

“We will eat both your arms and then both of your legs and then we will eat your face right off your head,” says Brock as Venom.

“You will be this armless, legless, faceless thing, won’t you? Going down the street like a turd in the wind.”

Cut to Brock as Brock: “Sorry, I have a parasite.”

The movie’s official website reveals that Venom is not yet rated, so we may get to witness Marvel’s most gruesome title yet when it hits theaters October 5.