The PBS film features all new music from NIN. 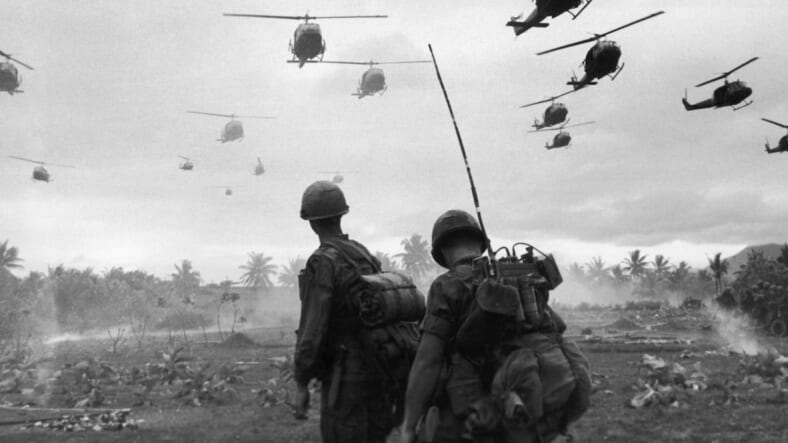 PBS has shared a first look at its upcoming documentary, The Vietnam War, an exhaustive 10-part, 18-hour film from Ken Burns featuring music from Trent Reznor and Atticus Ross.

The clip details the events of Operation Linebacker II, or “The Christmas Bombing,” which killed over 1,000 civilians and prompted global backlash against the United States.

Missing from the clip is the work from Reznor and Ross, who recently became an official member of Nine Inch Nails. According to The New York Times, the duo will provide over two hours of all-new original music alongside retooled mixes of Nine Inch Nails songs and their previous scores for director David Fincher, such as The Social Network and The Girl With the Dragon Tattoo.

Reznor and Ross, in addition to their work for Fincher, recently scored a documentary on climate change, Before the Flood, and Patriots Day, the Mark Wahlberg film based on the events of the 2013 Boston Marathon Bombing. Listen to their haunting song, “A Minute To Breathe,” from Before the Flood below:

The Vietnam War, which will also feature original music from Yo-Yo Ma and the Silk Road Ensemble, will premiere in September on PBS.