No word on whether Aragorn’s steeds will appear in the upcoming TV show. 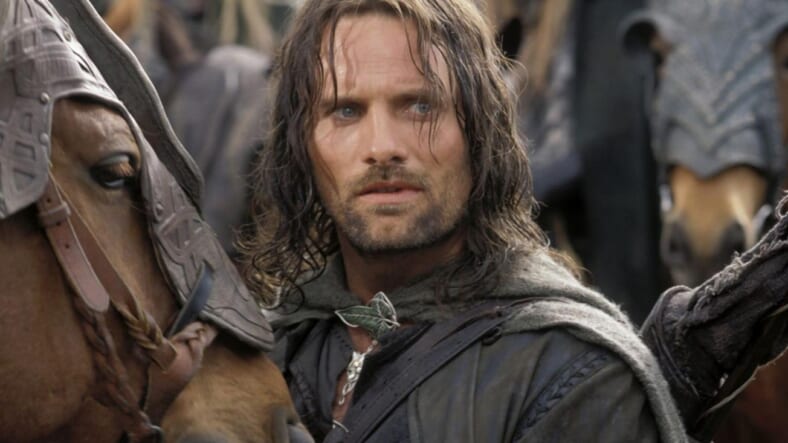 Viggo Mortensen’s badass portrayal of Aragorn in The Lord of the Rings wouldn’t have played quite so well without equally badass steeds majestically galloping beneath his feet.

With the money he raked in from the multi billion dollar-grossing film series that’s now set to be revived as a five-season original show from Amazon, the actor actually bought his equestrian co-stars after the movies wrapped.

Mortensen revealed that it was his strong bond with “Eurayus” led him to make the purchase in an IGN interview from years ago.

Even though I wasn’t with him all the time, I just developed a real good friendship with him. His name is Eurayus,” he said. “He kind of came into the movie similar to the way I did. You know, didn’t have much preparation and was just thrown in and had to swim, basically. And it was rough on him and it took a while for us to kind of get in sync and for him to be comfortable around the set.”

Eurayus’ camera presence evidently made quite the impression on Mortensen.

“By the end he became almost a real ham. He became so good at it that he was just relaxed and happy. He had been a performing horse, but an equestrian competition horse. So the cameras, lights, and some of the things we had to do…and also the gear. I mean the saddle and chainmail and all that stuff, the battles. So we got through it together and became friends.”

Old Aragorn didn’t want Eurayus to get lonely, so he bought a second LOTR steed named Kenny to keep him company.

“There’s another horse named Kenny that I ride in the beginning of The Two Towers. He’s a chestnut brown-colored horse, he said. “And he was just pretty and again it was a situation where we were shooting and they didn’t have the right horse and I said, ‘Lemme just borrow that one,’ and I pointed to one of the wranglers who was riding him. So I just jumped on him, put a Rohan saddle on him and I rode him that day, immediately on camera. But he was very easy and relaxed and I just wanted Eurayus to have a buddy.”

So much for man’s supposed best friend.