Which is your all-time fave? 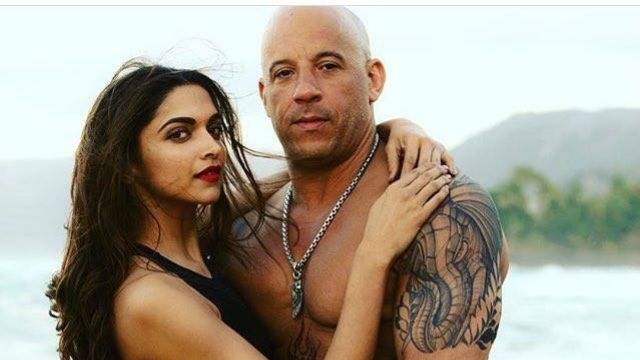 Because the Fast and Furious film franchise is a juggernaut, Vin Diesel is mostly identified today with his turn as Dominic Toretto, the series protagonist.

And Vin’s a great fit for Toretto, a blue collar alpha male whose character progresses over time from a humble mechanic and street racer to globe-trotting operator who hooks up with an elite cyber terrorist played by Charlize Theron.

As Diesel celebrates his birthday, it’s time to give him his due—if you really look at what he’s done on screen, Diesel is no simple one-note actor readily consigned to a lot of action and very little dialogue.

Below, check out five of Vin Diesel’s best screen moments. We couldn’t call them the best moments because the guy’s had a longer career than you may realize. But these strongly illustrate the fact he’s got more range and imagination than critics give him credit for.

Weirdly, one thing that doesn’t get enough notice these days is Diesel’s voice. But some of his most interesting work has been done by taking very little dialogue—or, as in Guardians of the Galaxy, the same line over and over—and doing a lot with his powerful bass voice. Diesel’s is one of the most distinctive voices in movies and he used it brilliantly to invest the title character in Iron Giant with surprising complexity and heart.

You can’t make a list like this and leave out anything from the Fast and Furious films. This is a killer scene in great part due to the fact Diesel so effortlessly owns just about any action scene he’s in. His Dom Toretto is no superhero, it’s easy to believe he can get hurt and is in danger, but it’s also easy to believe he’s fearless because he knows he’ll make it out, somehow.

The average Fast and Furious fan may not know about this movie, it wasn’t any kind of big hit. But it shows a completely different Vin Diesel. He’s got (fake) hair, for one thing, and he’s also playing a very convincing mob guy putting on his own defense in what ended up being one of the longest organized crime trials in legal history. In this scene, Diesel shows he’s got a way with a character role—and with a pretty funny joke.

As Army Ranger Adrian Caparzo, Diesel turned in a performance that was on the surface totally in line with his other work playing a beefy everyman. But Caparzo, while seeming tough and no-nonsense, ends up being more complicated than he seems. It’s a testament to Diesel’s ability to dial it back a little and invest a character with heart and doesn’t get the appreciation it deserves.

Pitch Black, the most Vin Diesel movie ever, features our hero as Riddick, who may be a psychopath but he’s also somehow the good guy. The movie was fairly low budget but it turned into a decent hit based on the strength of Diesel’s character. The scene above is the best illustration of qualities that Diesel has brought to so many of his more memorable roles. Riddick has been a bad guy but Diesel convinces us there’s some kind of weird moral code at work—while keeping the audience off-balance as to whether he’ll actually follow it or not.