The movie will channel ’80s sci-fi blockbusters like ‘Terminator’ and ‘Robocop.’ 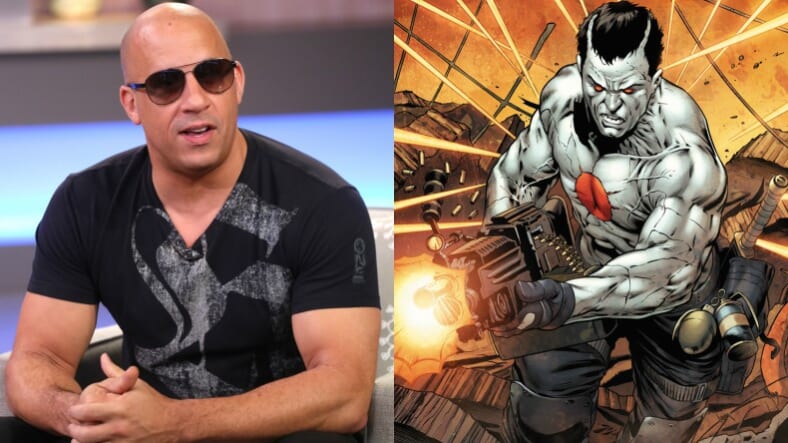 2017’s highest-paid actor could be getting his own superhero movie in 2018.

Vin Diesel is reportedly in talks to star as the cybernetic protagonist of Sony’s Bloodshot comic book adaptation.

The Wrap got the scoop and has further details:

According to insiders, Sony and Wilson plan to follow in the footsteps of the recent success of “Logan” and “Deadpool” with an R-rated take on the comic adaptation that will be tonally and aesthetically influenced by high-concept, sci-fi blockbusters of the late ’80s including “Robocop,” “Terminator,” and “Total Recall.”

Sony previously announced that a five-film franchise based on the Valiant Comics universe would begin with a crossover between the Harbinger and Bloodshot worlds.

“Bloodshot” is about a mortally wounded soldier resurrected with cutting-edge nanotechnology and tasked with rounding up superpowered outcasts known as “harbingers.” “Bloodshot” was created by Kevin Van Hook, Don Perlin and Bob Layton in 1992.

After all, the man is really good at playing badass good guys.