Vin Diesel Is in Talks With NBC to Reboot ‘Miami Vice’, And It Just Might Be a Perfect Fit

At least we know he can handle a car chase. 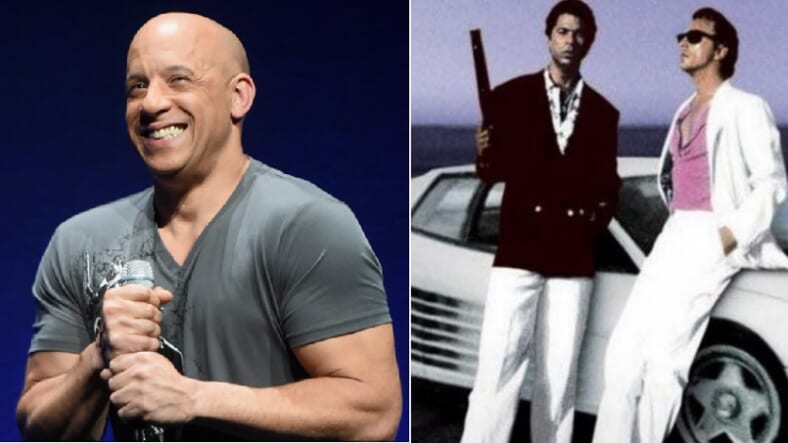 Sometimes certain news items just make you think, ‘yeah, that should happen.’ The news that Vin Diesel‘s One Race production company is involved in an NBC reboot of Miami Vice is one of those things that just sounds right.

The Wrap reports that while many details are still up in the air, Fast & Furious screenwriter Chris Morgan is also involved, and the actual script is being prepped by Peter McManus, who has worked on Spike’s new Stephen King-based miniseries, The Mist.

Miami Vice was an ’80s cultural touchstone, running 5 seasons before it jetted off into the sunset in 1989. It was a cop drama, sure, but Don Johnson’s pastel-suited Sonny Crockett and his partner Rico Tubbs—a snazzily-dressed Philip Michael Thomas—became style icons. Their looks prompted fashion trends for men that still retroactively embarrass the hell out of many dads via family photos today.

We don’t know if a new Vice will bring new trends that end up being kind of humiliating in the future. If Vin Diesel’s involved, though, we can just about guarantee the car chases will be freaking epic.