The Rock and Vin Diesel Bury the Hatchet, Will Both Return for ‘Fast and Furious’ 9 and 10

Their on-set beef is water under the flaming bridge. 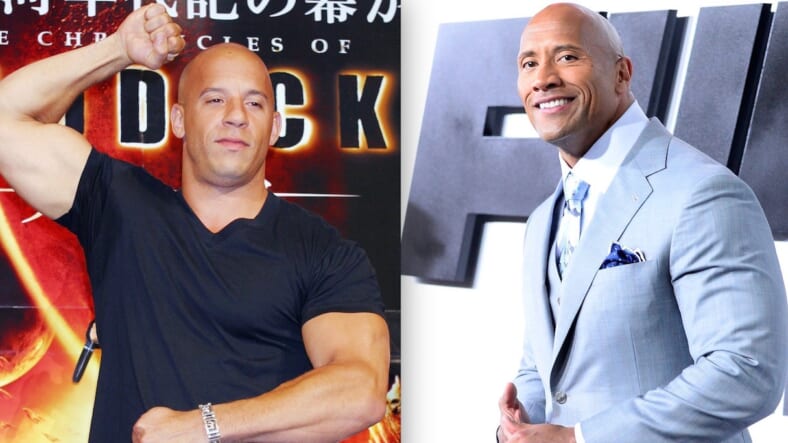 On the promotional trail for The Fate of the Furious, which made an insane $500 million its opening weekend (the highest ever of the franchise and a new global box office record), Vin Diesel revealed that the on-set bald-dude drama between him and Dwayne “The Rock” Johnson had been squashed.

Perhaps promising them flush pay days for two more installments, Fast 9 and 10, inspired them to reconcile.

The Telegraph reports that the two strongmen have signed onto the next two sequels, which are intended to form a concluding trilogy along with the recent The Fate of the Furious.

The release dates of the films have also been scheduled: April 19, 2019 and April 2, 2021, respectively. There is still no word on whether or not a script has been completed, but it will surely involve fast cars and a fair amount of explosions (wild guess).

Thus far, The Rock and Vin are the only two actors to officially sign on for the next two films. Their enduring bromance is clearly in a better place than it was last August, when The Rock lashed out on Instagram and called Vin a “candy ass.”

Now, let us all pray that Charlize Theron, who injected some fresh venom in Fate, will return as well.