How could anyone resist? 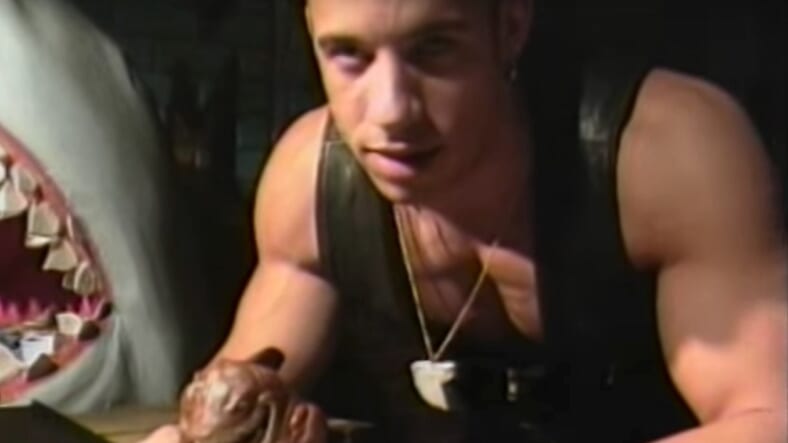 Vin Diesel did not get where he is today but ignoring the important of a good sales pitch. Acting is just like any other business in that it involves promotion and manipulating and trickery. Vin Deisel is well trained.

The Fast & Furious star spent years paying his dues before getting his big break. And just like he earned his multi-million dollar success, Diesel also earned every penny of commission he made on the sale of Street Sharks at a 1994 toy fair.  As you can see below, Diesel had absolutely no shame about the putting the hard sell on his audience, bringing the same enthusiasm to that performance as he does to his movie roles. Oh, and apparently he was born ripped.