That’s not a typo. 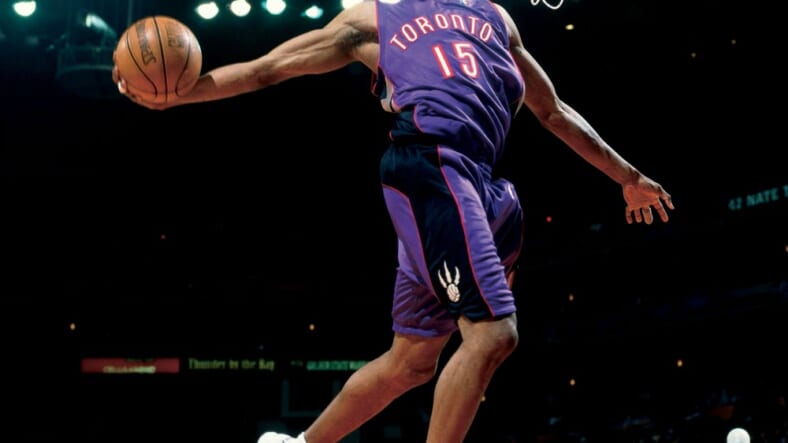 It’s pretty easy to make the case that Vince Carter is the reason why there’s basketball in Canada. In 1998, three years after the NBA expanded into the great white north with the Vancouver Grizzlies and Toronto Raptors, both teams were struggling to find their place in the league. When the Raptors acquired Carter in a draft day trade in the summer of ’98, everything changed.

Over the next six and a half seasons in Toronto, Carter led the team to the playoffs three times and established himself as one of the league’s most exciting players. “Half Man, Half Amazing,” they called him. Meanwhile, the horrid Grizzlies bolted stateside in 2001.

With the All-Star Game festivities in Toronto this weekend, there’s no better player for the NBA to celebrate with a rollicking mixtape than Vinsanity highlight. So here’s the tape, culled only from his time in Toronto. The dude was unreal.