Cause of Death Revealed For Pantera and Hellyeah Drummer Vinnie Paul 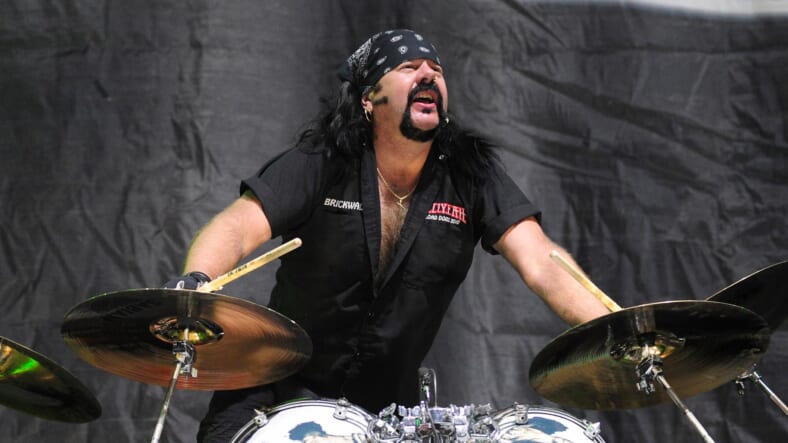 Dilated cardiomyopathy, a condition in which an enlarged heart cannot properly pump blood, and severe coronary artery disease were identified as major contributors to Paul’s passing by natural causes, according to Las Vegas’ KTNV. He died in his Las Vegas home on June 22, 2018 at age 54.

After Pantera, the siblings formed and played in Damageplan until Darrell Abbot was tragically killed by a crazed fan during a a concert in 2004.

In 2006, Paul joined the metal “supergroup” Hellyeah featuring Mudvayne singer Chad Gray and Nothingface guitarist Tom Maxwell. He recorded five albums with the band, the most recent being 2016’s Undeniable.

“I just want to personally thank everybody out there that’s always supported me in every band I’ve ever been in,” Paul said in a tribute video posted to the Hellyeah Facebook page after his death.

“To me, it’s amazing to have another career after what happened to my brother and him being taken away from us. I just want to give you guys the big love right back at you. Thank you for all your support.”

“I just want to say thank you Vinnie Paul!” Gray wrote. “For saving my life, for your music, for your endless generosity, for accepting me into your life, for creating our music that touched people, for being proud to be in hellyeah and for always treating me like a brother and more importantly for treating me like a friend.”

Paul was buried alongside his brother and mother at a private funeral in Texas on June 30th, according to Rolling Stone.