He’s not monkeying around. 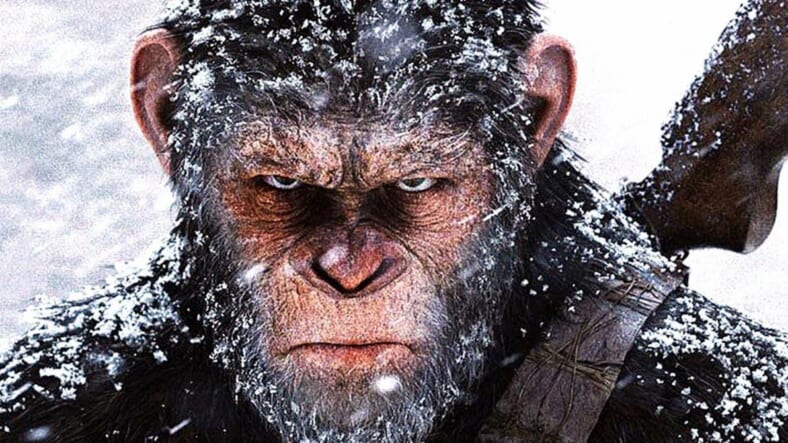 It seems that global warming is not an issue on this planet, considering the snow-covered simians running around in the latest and last trailer for War for Planet of the Apes.

Sure to be the darkest and most gritty installment yet, Woody Harrelson is simply terrifying as a human colonel leading the titular war against the apes.

Here’s what the studio says we can expect plot-wise:

In War for the Planet of the Apes, the third chapter of the critically acclaimed blockbuster franchise, Caesar and his apes are forced into a deadly conflict with an army of humans led by a ruthless Colonel. After the apes suffer unimaginable losses, Caesar wrestles with his darker instincts and begins his own mythic quest to avenge his kind. As the journey finally brings them face to face, Caesar and the Colonel are pitted against each other in an epic battle that will determine the fate of both their species and the future of the planet.

We’re definitely siding with the apes on this one: I mean, would you want to piss this guy off?

See who wins when War for the Planet of the Apes hits theaters on July 14.

Tags: Maxim Video Movie Trailers trailers War For The Planet Of The Apes