“If you guys ring in and get this one, I will die.” 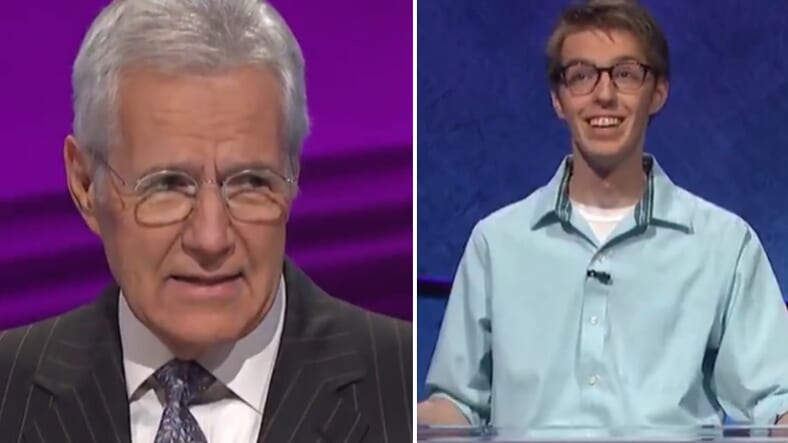 Fun fact: Our contestants answered as many clues in this category as the @Browns had wins this season. pic.twitter.com/KMaR8otIHe

Many people have sat in the comfort of their living rooms and absolutely killed it while watching Jeopardy!, nailing every piece of trivia. It’s a different story once you’re on camera, though.

It’s a very different story when you’re also facing an annoyed Alex Trebek. That’s what the panel in the above video learned when a contestant named Ryan hit the football section of the Jeopardy! board.

Trebek appeared patient enough as Ryan tackled each level, but by the time they’d reached the $1000 question he seemed sincerely over it.

They didn’t get it.

Trebek then went to commercial with a grave, “I have to talk to them.”

It was easy to imagine Trebek’s words and tone coming from an angry principal speaking with a teacher dealing with a classroom of particularly rowdy kids.

We don’t know what Trebek said or did, but we’d understand if he just pantsed that guy and gave him a swirly for good measure.

Just kidding, Ryan. Stay away from the sports stuff next time.