If you thought he looked weird before, check out this freaky makeover. 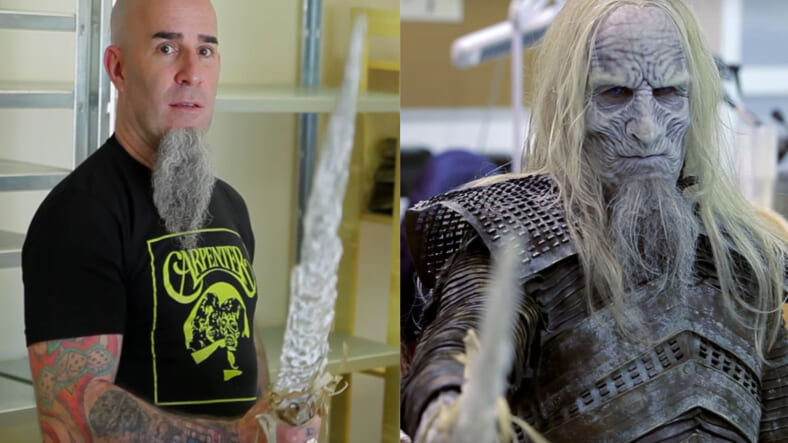 The billy goat-bearded thrash metal legend then underwent a freaky prosthetic transformation himself to become the “first American White Walker.” By the end of the makeover, Ian ends up making a pretty convincing walker from the North.

The video, part of Ian’s “Bloodworks” series on makeup and special effects, also contains a fascinating discussion about Game of Thrones lore, makeup application and CGI animation on the HBO fantasy series.

And if you’re an Anthrax fan, even better.