The iconic “Clown Prince of Hip Hop” passed away in July 2021. 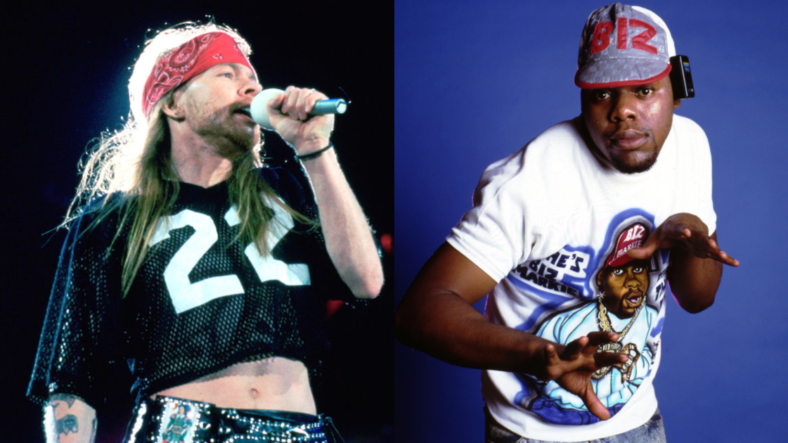 It’s unlikely that lovable legend Biz Markie knew what a big hole he left in the hearts of fans when he passed away in mid-July of 2021.

The “Clown Prince of Hip Hop” died at 57 after multiple health struggles and since then, recording artists from a variety of genres have given him shout-outs, the most recent being Guns N’ Roses in their August 5, 2021 concert at Metlife Stadium in East Rutherford, New Jersey. Watch above.

Rose was about to perform his band’s 1992 epic “November Rain” when he began singing the song that was probably Biz’s greatest hit, the sardonic “Just A Friend.” You can watch the original video for the song below.

There have been more than a few covers and tributes to Biz Markie since his death from musicians across many genres of pop music.

NKOTB did a nice tribute to Biz and other recently-passed stars like DMX and Digital Underground rapper Shock G:

And, uh, DC-based “Americana” band Justin Trawick and The Common Good, who teamed with some swing dancers doing the Lindy Hop for a full-on “Just a Friend” cover in their own style. For some reason.

If you need a palate cleanser after all that, it’s worth noting that Biz Markie was no stranger to popping out unexpected cover songs.

From a 2009 live performance, enjoy Biz Markie’s version of Elton John‘s 1973 hit, “Bennie and the Jets” below. It might be the best performance in the bunch.