America’s favorite golden girl reviews the film of the year. 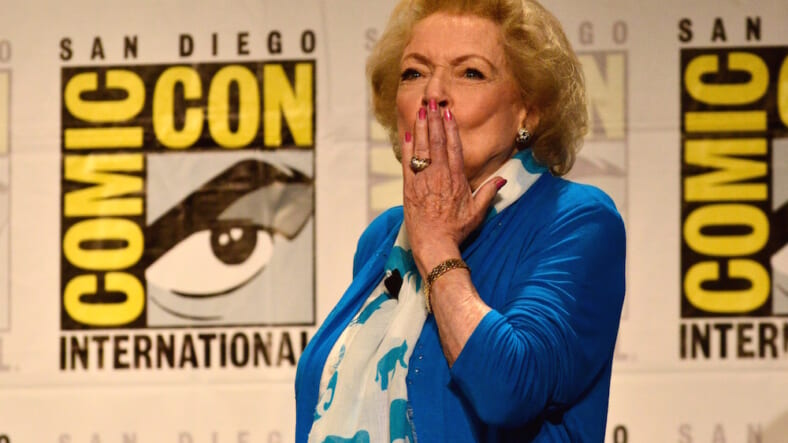 The critics have decided: Deadpool is the action-packed, messed-up masterpiece we anticipated—and more.

But what does America’s golden girl Betty White have to say? Surely her opinion could usurp all others and determine this film’s place in cinematic history. After all, it’s Betty’s world, and we’re just living in it.

Luckily for Deadpool and Ryan Reynolds’s career, Betty was into it. She posted to Twitter a video review of the anti-hero flick, and it’s short and sweet (just like her).

I love @VancityReynolds…here are a few of my thoughts about his new movie #Deadpool.https://t.co/9Bkz9DpyF0

“It was glorious,” Betty began. “Once in a generation, a movie comes along that your whole family will love… if your family is a fucked-up group of ass-kissing inbreds.”

But she concluded, “Ryan Reynolds looks so fucking handsome in his red leather suit. I give it four Golden Girls, it’s the best picture of the year.”