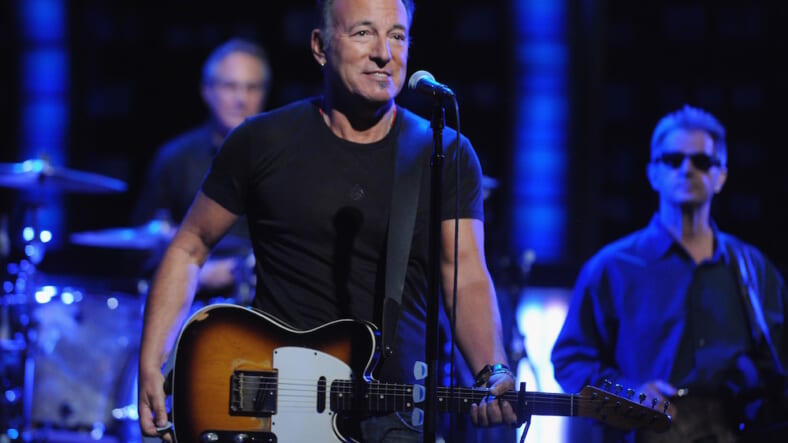 Industrial New Jersey may seem a world away from 70s glam-rock London, but Bruce Springsteen counted the late David Bowie as one of his earliest supporters.

Opening his River Tour in Pittsburg Saturday night, Springsteen reflected on his relationship with the departed legend, which was one of mutual admiration:

We’re gonna take a moment and note the passing of our good friend David Bowie. Not enough people know it but he recorded our music way, way, way back in the very beginning, 1973. He rang me up and I visited him down in Philly while he was making the Young Americans record. He covered some of my music, ‘It’s Hard to Be a Saint in the City,’ ‘Growin’ Up,’ and he was a big supporter of ours. I took the Greyhound bus down to Philadelphia, that’s how early on it was.

Following his touching words, Springsteen kicked things off with a powerhouse rendition of “Rebel Rebel.” And if there’s anyone who can do The Thin White Duke justice, it’s fellow rock ‘n’ roll legend Springsteen. Below, watch as the crowd sits in stunned silence:

This is the sort of mutual respect between artists that is sometimes sorely lacking today. Springsteen had previously tweeted out his heartache, calling Bowie “a visionary artist.”

Over here on E Street, we’re feeling the great loss of David Bowie. David was a visionary artist and an early supporter of our music.