The Final Trailer For Season 2 of ‘Stranger Things’ Is Packed With Terror, ’80s Nostalgia 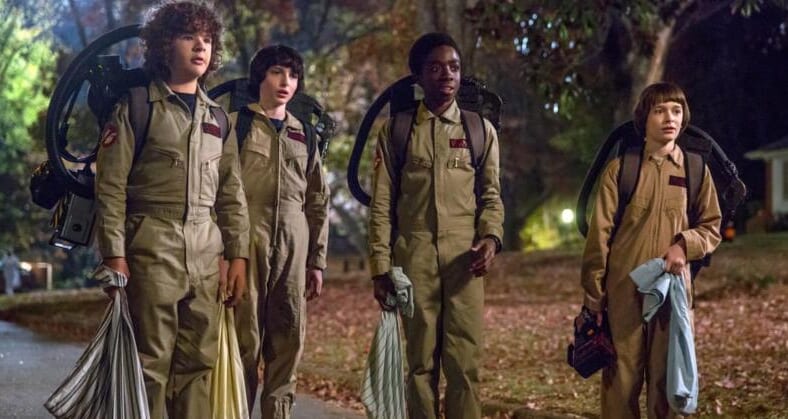 Netflix mega-hit Stranger Things goes into its second season facing at least one big challenge. It needs to prove that season one’s success wasn’t a fluke based on nostalgia for ’80s-style entertainment in general.

The show is about middle school kids in fictional Hawkins, Indiana, facing off against truly bizarre and chilling forces somehow connected with a desolate, parallel reality called the Upside Down. That’s a broad description of the premise for the first season’s storyline, and it looks like it will be the same deal with the new season.

But with more of everything, if this thrill ride of a trailer is any indication. Here’s a more detailed synopsis of what’s previewed above courtesy EW:

Stranger Things season 2 begins nearly a year after the first installment, on Halloween in Hawkins, Indiana.(…) Will has rejoined his pals after being rescued from Things’ alternate dimension, the Upside Down. But all is not well with young Mr. Byers, as evidenced by the slug he coughed up in season 1’s final moments. “He seems to be seeing images from the Upside Down—the question is whether they’re real or not,” says co-creator Matt Duffer.

Of course that’s not all that’s going on. For one thing, Paul Reiser is part of the cast for season two, playing what EW describes as “the seemingly friendly Dr. Owens.”

That’s interesting because Reiser played the “seemingly friendly” Carter Burke in Aliens, one of the best sci-fi/horror films of the 80s. The creators of Stranger Things, the Duffer brothers, have sometimes gone very deep with their references to the era they love and in which they’ve set their show. Is Reiser’s character actually the most evil non-monster on the show?

We’ll begin learning just what the hell is going on in this goosebump-inducing trailer when Stranger Things is available on October 27.