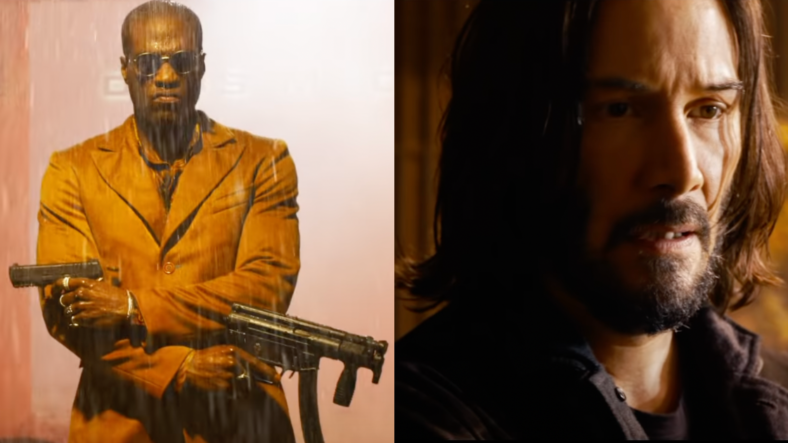 If there’s one promising thing to single out in the first full trailer for The Matrix Resurrections it is that Lana Wachowski’s fourth movie in the franchise has a vibe that makes it feel like no time has passed at all.

The “white rabbit” motif from the original 1999 sci-fi megahit is back and embodied by the trailer soundtrack—”White Rabbit” by Jefferson Airplane. What follows are some truly stunning scenes, including Yahya Abdul-Mateen II as a younger Morpheus, kicking ass as only Morpheus could—and a striking scene in which Neo (Keanu Reeves) and Trinity (Carrie-Anne Moss) have what looks like a middle-aged meet-cute in a coffee shop, though since this is a Matrix movie we know there’s way more to it than that.

We see how much more there is to it near the end, as the pair grasp hands and take a leap off a skyscraper.

In the end, Jonathan Groff’s new character encapsulates the experience, speaking to Neo in an office setting: “After all these years… going back to where it all started… back to the Matrix.”

The Matrix Resurrections premieres in theaters everywhere and on HBO Max’s ad-free plan on December 22, 2021.