Spielberg’s childhood love for the famous play and movie led to his first movie musical reboot. 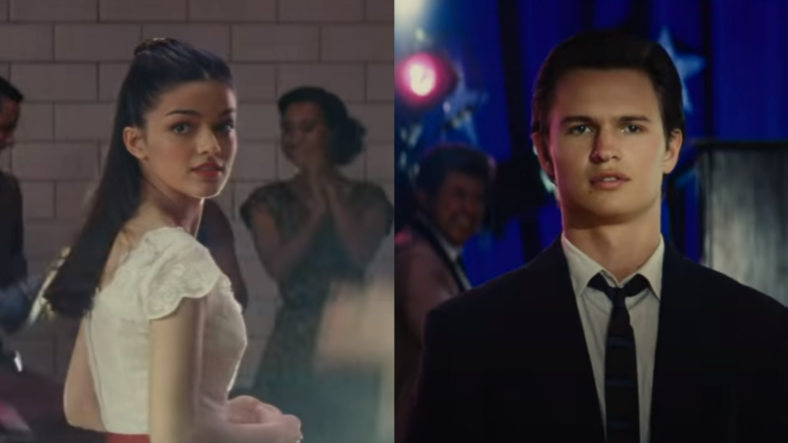 Here’s what Steven Spielberg, who has never directed a movie musical, had to say to Vanity Fair about directing West Side Story: “West Side Story has been that one haunting temptation that I have finally given in to.”

In the first teaser trailer for the movie musical, which aired during the Oscars, Spielberg’s regard for the show and the form is evident.

The teaser, in fact, owes a lot to the first movie version of Leonard Bernstein masterpiece, the 1961 production co-directed by choreographer Jerome Robbins and Robert Wise. A quick-thinking Youtuber put together a comparison video for the ’61 and ’21 trailers to illustrate the similarities in mood and style.

Starring Ansel Elgort and Rachel Zegler as star-crossed lovers Tony and Maria, Spielberg’s West Side Story doesn’t look like it is taking chances — the story is still set in the 1950s like the original musical. Here’s the 20th Century (formerly 20th Century Fox) synopsis:

Also from Spielberg’s interview in Vanity Fair, his background on why he loves this show. The legendary director of great movies from Jaws to Close Encounters of the Third Kind to Schindler’s List grew up in a musical household:

My mom was a classical pianist. Our entire home was festooned with classical musical albums, and I grew up surrounded by classical music. West Side Story was actually the first piece of popular music our family ever allowed into the home. I absconded with it—this was the cast album from the 1957 Broadway musical—and just fell completely in love with it as a kid.

Hollywood’s recent track record with live-action musicals isn’t great. The abysmal Rotten Tomatoes page for the 2019 movie version of Cats says all you need to know. Even with star power like Taylor Swift and Idris Elba, it received reviews with quotes like this: “You can’t believe what you’re looking at because it’s so hideous to behold.”

While Spielberg has had his share of movies that at least didn’t kill at the box office, his record is such that fans of West Side Story have reason to hope it is in good hands.

West Side Story dances like an angry 50s gang member in toe shoes into theaters on December 10, 2021.