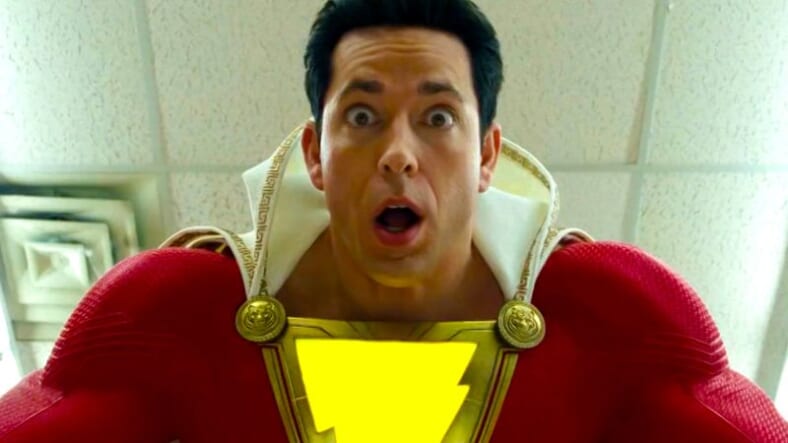 The cynical take on DC’s Shazam! might be that it’s DC’s answer to Deadpool, but a little cleaner. A superhero comedy meant to throw a little variety into an otherwise dark and brooding world of heavy-browed superheroes? It does sound familiar.

Shazam! comes from New Line Cinema and it’s an origin story in which we learn of Billy Batson’s journey from put-upon kid to freaked-out superhero. The synopsis gives plenty of detail:

We all have a superhero inside us, it just takes a bit of magic to bring it out. In Billy Batson’s (Angel) case, by shouting out one word—SHAZAM!—this streetwise 14-year-old foster kid can turn into the adult Super Hero Shazam (Levi), courtesy of an ancient wizard. Still a kid at heart—inside a ripped, godlike body—Shazam revels in this adult version of himself by doing what any teen would do with superpowers: have fun with them! Can he fly? Does he have X-ray vision? Can he shoot lightning out of his hands? Can he skip his social studies test? Shazam sets out to test the limits of his abilities with the joyful recklessness of a child. But he’ll need to master these powers quickly in order to fight the deadly forces of evil controlled by Dr. Thaddeus Sivana (Strong).

It appears that Zachary Levi is playing up the character’s wonder and naivete, and why wouldn’t he? Anyone who’s honest with themselves should admit that they’d have a fun freakout learning what they could do if they suddenly acquired super powers. And that they’d probably make some major mistakes in the process.

Shazam! promotions have been pretty low-key, but with the Comic-Con launch we’re going to hear a lot more about it.

When it opens we’ll learn what it’s like to watch a superhero movie full of laugh lines, bright colors, and a surplus of silliness.