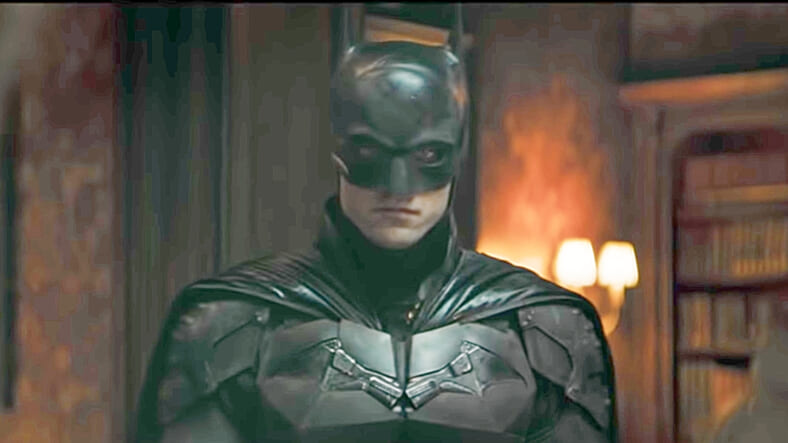 With his upcoming The Batman starring Robert Pattinson, director Matt Reeves is not trying to reinvent the wheel. That’s one takeaway from the first official teaser trailer for the movie, which features Pattinson as a decidedly goth-looking and intense Bruce Wayne and a downright brutal Dark Knight.

As for the latter, all you need to see is the scene in which Batman delivers a furious beatdown to an attacker and when asked who he is says simply, “I’m vengeance.”

Reeves premiered the trailer at the end of the 24-hour DC FanDome. It features Nirvana‘s “Something in the Way” and we get some pretty intriguing first looks at not just Pattinson in the title role but also Zoe Kravitz as an acrobatic Catwoman and Paul Dano’s Riddler.

As far as the story goes, Reeves told the FanDome audience it isn’t exactly Batman Begins. It’s not an origin story, that is, but the audience will get to see Batman “in the middle” of his rise “and watch him make mistakes.”

Bruce Wayne/Batman is “not having any of the effects that he wants to have,” according to Reeves, and “that’s when the murders begin to happen.”

Actually, the screen murders begin to happen when The Batman hits theaters on its current release date, October 1, 2021.