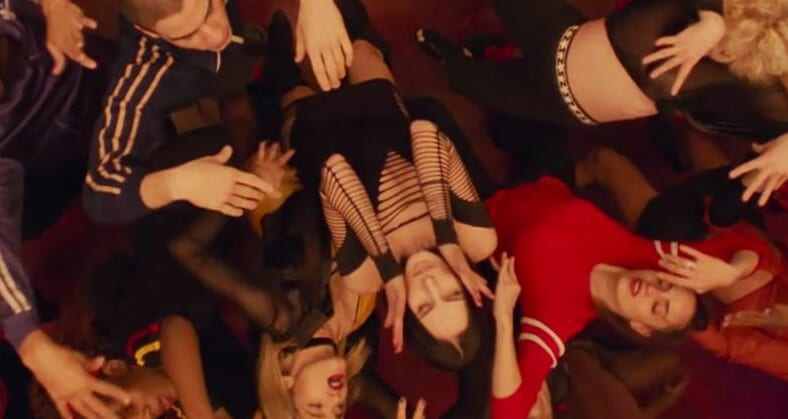 He freaked us out with the highly controversial, sexually explicit Love, and now artsy auteur Gaspar Noé is at it again.

In the just-released trailer for his latest film, Climax, the Argentinian director invites viewers to a world of dancing, drugs, and all-around weirdness.

The movie stars the sexy Sofia Boutella as the leader of a dance troupe that finds itself plunged into chaos after a late night dance party, per IndieWire. Here’s the rest of the plot, as it were, from A24, the film’s edgy distributor:

The troupe begins an all-night celebration that turns nightmarish as the dancers discover they’ve been pounding cups of sangria laced with potent LSD. Tracking their journey from jubilation to chaos and full-fledged anarchy, Noé observes crushes, rivalries, and violence amid a collective psychedelic meltdown.

Sounds like a quite a trip! The movie’s poster is delightfully subversive as well:

Climax will hit theaters sometime this fall, keep your eyes peeled at your local arthouse.