Tom Hiddleston in an elevator. 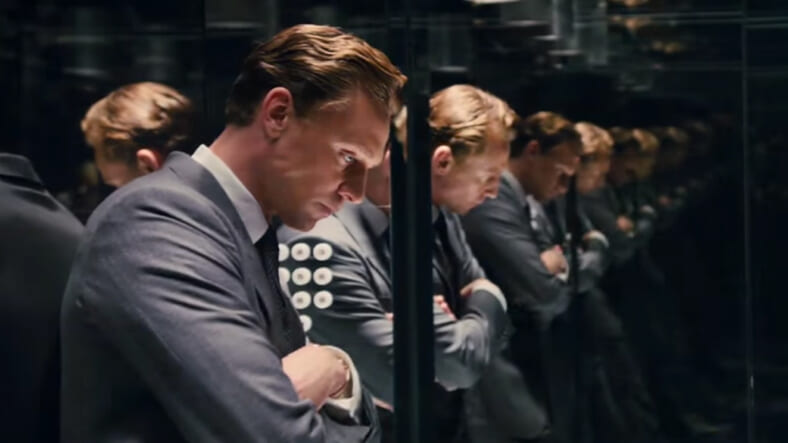 A new, Tom Hiddleston-heavy trailer for High-Rise is here, but unless you’ve read the 1975 novel of the same name by J.G. Ballard you won’t have a much better idea of what the movie is all about — even then, it’s tough to describe.

Ben Wheatley (Kill List) directs Hiddleston in a bleak British satire set in a high-end residential tower built for maximum luxury and isolation. I will do as Slashfilm did and paste the official synopsis for your review:

The film centers on a new residential tower built on the eve of Margaret Thatcher’s rise to power, at the site of what will soon become the world’s financial hub. Designed as a luxurious solution to the problems of the city, it is a world apart.

Enter Robert Laing (Hiddleston), a young doctor seduced by the high-rise and its creator, the visionary architect Anthony Royal ([Jeremy]Irons). Laing discovers a world of complex loyalties, and also strikes up a relationship with Royal’s devoted aide Charlotte ([Sienna]Miller).

But rot has set in beneath the flawless surface. Sensing discord amongst the tenants, Laing meets Wilder, a charismatic provocateur bent on inciting the situation. Wilder initiates Laing into the hidden life of the high-rise and Laing is shocked at what he sees. As the residents break into tribal factions, Laing finds himself in the middle of mounting violence. Violence that he also finds emerging in himself.

It also seems that he will find himself emerging into Elisabeth Moss and possibly also Miller, who are among Hiddleston’s co-stars along with Irons and Luke Evans.