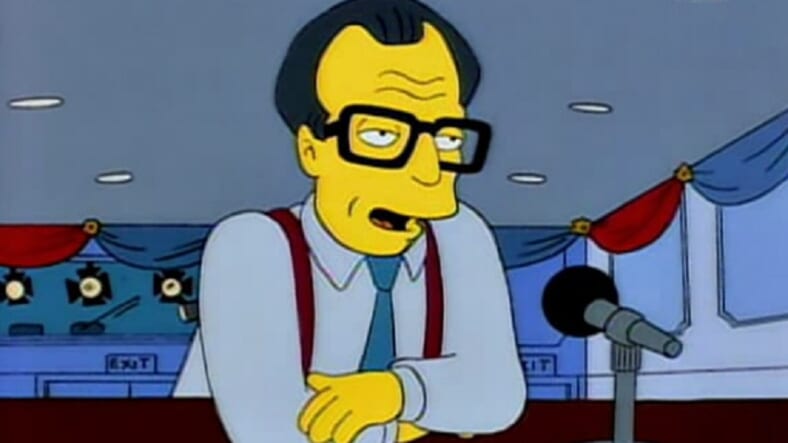 Larry King is a pop culture staple. His whole vibe is that of an old-fashioned, hard-boiled news guy who has softened with age and become something like America’s friendly, rambling uncle.

So in a way this video of King dropping a flurry of f-bombs like he’s in a Tarantino flick is oddly shocking. Yet if you just listen, it’s also the most natural-sounding thing in the world. Because Larry King really relishes the word “fuck.”

He explains in the video — which is part of an interview he did of author Carrie Keegan — by paraphrasing comedy icon Lenny Bruce.

“Fuck” is colloquial for intercourse, right? It means a lot of things. But now you can say it anywhere. It’s in the dictionary. When you’re happy, you say, “Fuck.” When you’re unhappy, you say, “FUCK.” It fits everything. It’s the greatest word in American language. So Lenny says, “Since it’s colloquial for intercourse, if someone says, ‘Fuck you,’ I say, ‘Thank you.’ When I get mad at someone, I say, ‘Un-fuck you. Un-fuck you forever.’

Invoking Bruce fits King’s generation and frame of reference, but the fact is now that you’ve heard that, good luck trying to get the 8th suspender-wearing wonder of the world really chewing over the f-word repeatedly out of your mind.