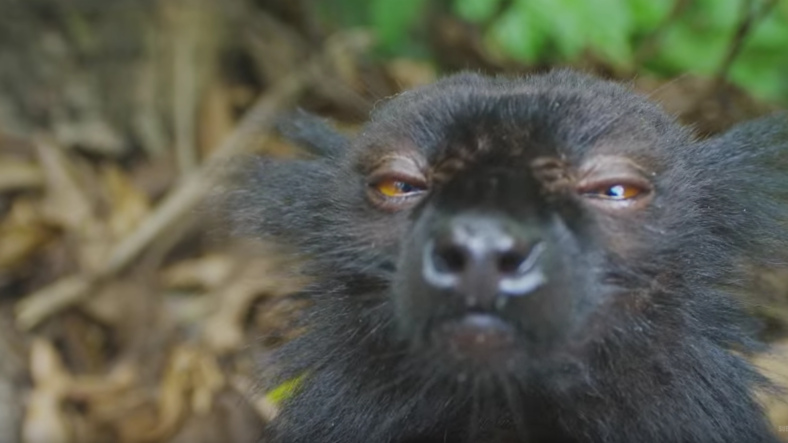 If you thought humans were the only members of the animal kingdom who enjoy tripping, you’re sorely mistaken.

Footage from the BBC nature program Spy in the Wild shows lemurs gently gnawing on millipedes to induce the secretion of a cyanide-containing substance. The reason the little fellas do this, the narrator explains, is because the secretion works as a natural insecticide that they rub into their fur to deter malaria-ridden mosquitoes.

But the narrator also notes that “they are suspiciously enthusiastic about the whole process,” probably because the lemurs are clearly getting high as fuck.

As you watch the video, you’ll see that just moments after ingesting the toxic fluid, the animals’ behavior becomes erratic, as they drool and tremble uncontrollably right before entering a trance-like state and nodding off.