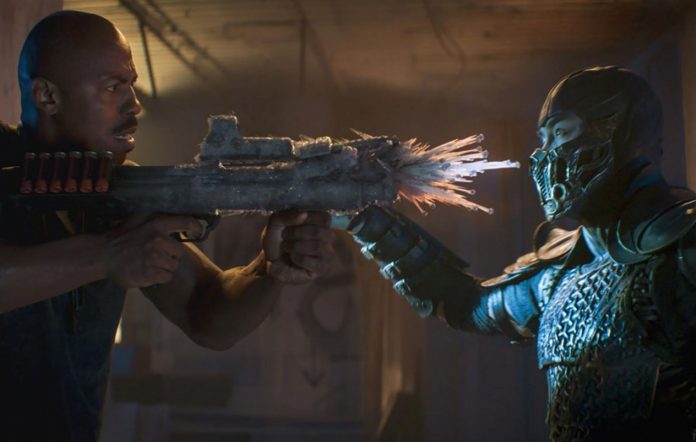 Fans can expect to see characters that debuted in the original arcade game, including Sonya, Kano, Mileena and Jax, reports Hypebeast, which breaks down the latest teaser clip thusly:

The plot focuses greatly on the rivalry between Sub-Zero and Scorpion and a new protagonist named Cole Young. The trailer teases snippets of Cole and his potential connection to either of the franchise’s most iconic ninjas. The film is also expected to highlight Cole’s relationship with the characters, fuelling more fan theories as Mortal Kombat reaches its release date.

The new trailer delves deeper into the battle against the warriors of Outworld. Audiences can see fighters of Earthrealm prepare, while Cole and Goro’s encounter is emphasized more this time around. Liu Kang shows off his fire magic and Kano’s laser eyes make an appearance in the trailer.