Written by “True Detective” creator Nic Pizzolatto, “The Guilty” follows a 911 operator trying to help a caller in danger. 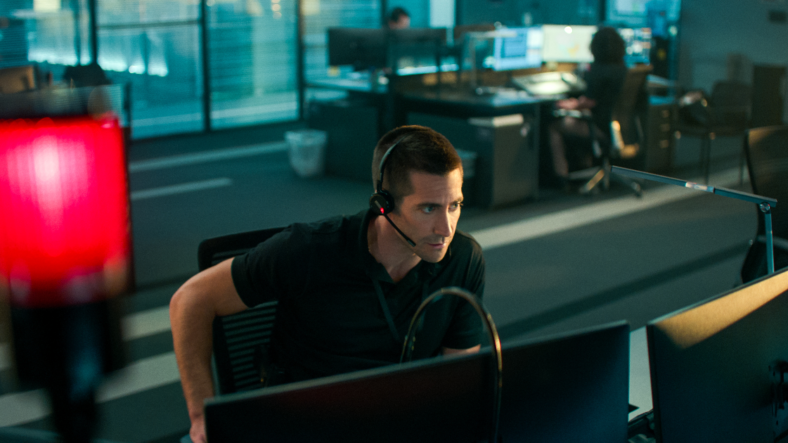 With HBO’s True Detective, Nic Pizzolatto proved he could write one hell of a gripping tale. With The Guilty, directed by Antoine Fuqua and starring Jake Gyllenhaal, we’re about to find out how Pizzolatto’s skills translate to the big screen.

The first teaser trailer above hints that they translate very well.

The tantalizing synopsis from Netflix is brief: “The film takes place over the course of a single morning in a 911 dispatch call center. Call operator Joe Baylor (Gyllenhaal) tries to save a caller in grave danger—but he soon discovers that nothing is as it seems, and facing the truth is the only way out.”

Those scanty details added to the teaser trailer make for some intense moments of drama. In the video, Gyllenhaal is heard answering the 911 call and it is immediately evident that he’s talking to a woman in distress. In less than a minute, we find out she’s been kidnapped and is in the back of a van—and her captor may know she’s on the phone.

Prior to the teaser’s release, Gyllenhaal aided in the setup via an Instagram video that simply read, “listen carefully” and gave out a phone number. Callers to that number then heard the 911 call in full.

The Guilty is a remake of a 2018 Danish movie with the same title. In the original, the protagonist is a Copenhagen cop on 911 operator duty as he awaits a hearing after shooting and killing a teenager. Over the course of the film, he does indeed learn that he’s dealing with a situation that is nothing like it seems—and the audience eventually learns he isn’t entirely who he seems to be, either.

Directed by Fuqua from Pizzolatto’s script, The Guilty stars Gyllenhaal as well as Ethan Hawke, Peter Sarsgaard, Riley Keough, Paul Dano, and Bill Burr. It premieres in limited release on September 24 before becoming available on Netflix on October 1, 2021.