Johnny Lawrence is jacked and ready for a fight. 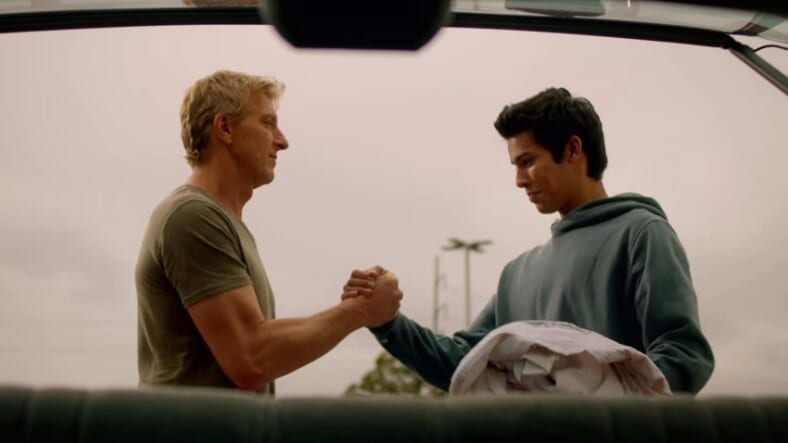 The latest promo for Youtube Red’s Karate Kid sequel Cobra Kai gives us a lot to chew on. In just over thirty seconds of all-new footage, it’s clear that William Zabka’s Johnny Lawrence is building his new dojo to look just like the original.

It’s not easy to pick apart a shorter teaser like this—but there’s a lot there, much of it a serious callback to the original movie.

Several scenes are quick cuts showing Johnny in the process of disciplining and preparing new students, echoing everything his first sensei said. One Mohawked student also seems set up to be the new kid villain.

The twist comes with Miguel Diaz (Xolo Maridueña) who isn’t exactly portrayed as a Cobra Kai student. He resembles a younger Ralph Macchio, which is probably intentional, given he plays a character in a similar situation as Daniel LaRusso at the beginning of Karate Kid.

At the end of the trailer there’s even a direct—and funny—reminder of the famous “wax on, wax off” scene between Mr. Miyagi and Daniel Larusso in the original movie.

Cobra Kai debuts on Youtube Red sometime later in 2018, and after this we’re getting impatient to learn the exact date.