We knew this was coming. 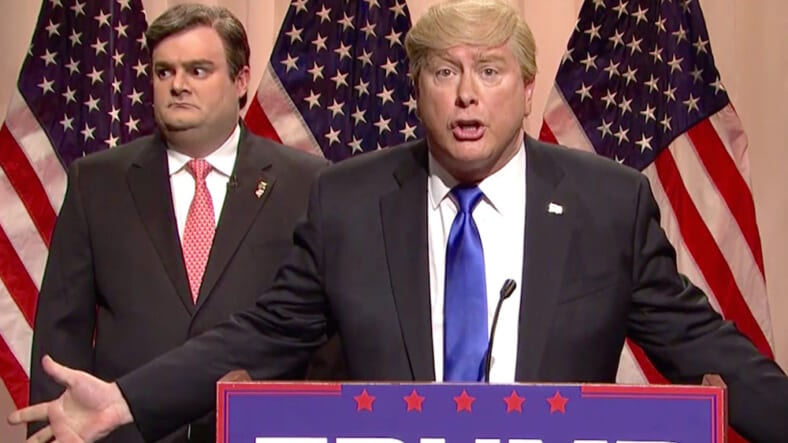 New Jersey governor Chris Christie has been subjected to a lot of ridicule following his endorsement of Republican Presidential hopeful Donald Trump. Since bowing out of the race, Christie has become Trump’s right-hand man, making appearances alongside the real estate mogul, including that one last Tuesday where he stood behind Trump at the podium with a glazed-over expression and his mouth agog.

As if the derision of pundits and the Internet were not enough, the comedians at SNL took on their budding political alliance. No matter where you stand on the political spectrum, you have to admit: it was pretty damned funny.

“Everyone loves me, I even got this fat piece of crap behind me now, isn’t that right, Chris?” asked Hammond’s Trump, as Moynihan’s Christie nodded eagerly. “I mean, he really is a sad, desperate little potato back there. Aren’t you Chris?”

“Yes, sir. Thank you, sir. Please sir, may I have another,” Christie replied.