Jimmy Fallon called it the best night of his life. 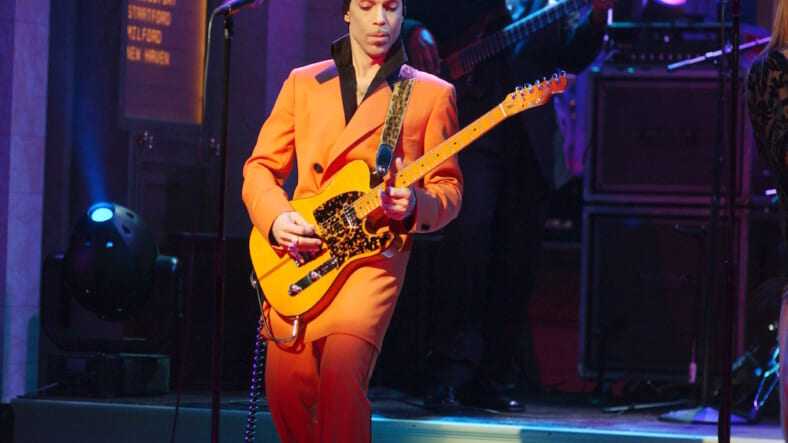 Instead of a pre-scheduled rerun, this week’s Saturday Night Live paid tribute to recently fallen music icon, Prince. The night launched with a moving tribute from Jimmy Fallon before running through several of Prince’s performances on SNL as well as a few good-hearted sketches of Fred Armisen’s loving lampoon of the Purple One.

The crowning moment of the night was previously unseen footage of Prince’s impromptu performance at SNL’s 40th Anniversary after party.

As rumor has it, it all went down at 4:30 a.m. at the Plaza Hotel in New York City. A drunken Fallon beckoned Prince to the stage, and the “Purple Rain” crooner obliged. In the video, Prince grabs the microphone and quips, “Dearly inebriated.” Then he lets loose with a raucous rendition of “Let’s Go Crazy” with Fallon, Maya Rudolph, Martin Short, and others jamming out in the background.

Things get progressively crazier throughout the video as more celebs join in, including Emma Stone, Chris Rock, Cuba Gooding Jr., 3RDEYEGIRL, and the Roots. It’s testament to how many artists Prince touched, regardless of their crafts.

On an episode of The Tonight Show last year, Fallon recapped the night. “Prince, if you’re here, I dare you to come up onstage,” Fallon recalled himself saying. “All of a sudden, the crowd parts and there’s purple smoke and the dude’s floating toward the stage.”

Fallon let us all know just how much Prince meant to him during last night’s special. Watch below: