Plus, X-Men series, ‘Legion,’ casts its first character, and we watch Conan and a few friends teach an innocent girl how to drive. 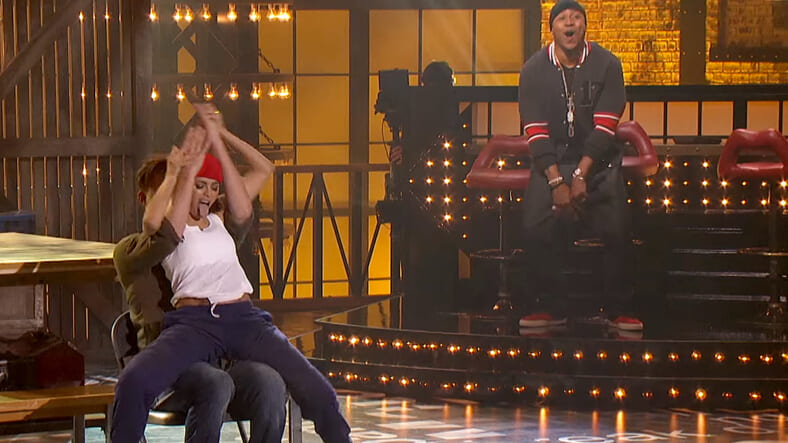 Lip Sync Gets a Little RaunchyLip Sync Battle returns in full-force tomorrow night, January 7th, and the hour-long Tatum showdown is pulling out all the punches. In what appears to be a mock to her husband’s former stripper past, Jenna Dewan Tatum goes full ‘Pony’ in this new clip, gyrating on hubby Channing and going as far as shoving her hand way, way down her sweats. We were already pretty big fans of the breakout Spike series, but if this clip is any hint of what’s to come this season, you’ll know where to find us every Thursday at 10PM.

Rachel Keller Joins the Cast of LegionAs if we weren’t already bursting with excitement over X-Men: Apocalypse, the first bit of casting news has emerged for the FX mutant spin-off series, Legion. Though her character hasn’t been set in stone, we now know that Fargo‘s Rachel Keller will play the female lead opposite main character, David Haller (who is set to be the son of Professor X, if things go according to plan). The only detail released about her abilities are that they’re tied to ‘human touch,’ which sounds very reminiscent of a certain X-Men staple, Rogue. We’ll keep you posted on all things Legion as more information comes to light, but until them, check out the ‘somewhat’ synopsis below:‘Diagnosed as schizophrenic, David Haller has been in and out of psychiatric hospitals for years. But after a strange encounter with a fellow patient, he’s confronted with the possibility that the voices he hears and the visions he sees might be real.’

Conan, Kevin, and Ice Go For a DriveMeet Diana Chang, the luckiest student driver in the entire world. After announcing to Conan O’Brien that she’s been in pursuit of her license, the late night host was eager to show her the ropes of the road – in the funniest way possible. Driving through the streets of LA is hard enough, and it’s even harder when Conan is hitting your emergency break and causing you to curse at passing cars. To really push her limits, Ride Along 2 stars Kevin Hart and Ice Cube join in on the fun to turn this into the best driving lesson you can possibly imagine. See for yourself: